On March 16, a federal prosecutor attempted to sway jurors in a case against Barry Cadden, the man behind the New England Compounding Center. Cadden, 50, was responsible for operating the center, which was linked to a deadly meningitis outbreak in 2012. (Raymond, 2017) His company sold contaminated drugs to customers, resulting in 64 fatalities.

Assistant U.S. Attorney Amanda Strachan said that Cadden’s pharmacy had unsanitary conditions that led to some products becoming tainted with mold. She argued that the situation was preventable, but Cadden “ignored the rules.”

In total, about 751 people were sickened in 20 different states. Cadden faced murder charges for 25 of the deaths, but his attorney argued that he did not act intentionally. He was eventually acquitted on the charges, but the New England Compounding Center incident is just one example of how loosely compounding pharmacies adhere to regulations. 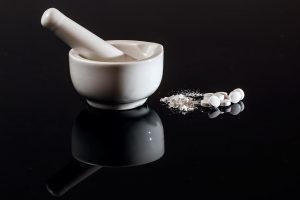 The Regulations: Playing By the Rules

The U.S. Food and Drug Administration continuously updates guidelines for compounding pharmacies. However, pharmacists at these facilities may compound nonprescription medications in commercially available dosage forms, as long as they abide by individual state pharmacy board regulations. The differences in state guidelines can make it challenging for the federal government to oversee these practices. (“Guidelines for Compounding Practices,” n.d.)

The FDA has created the Compounding Quality Act to provide more oversight. (“Compounding and the FDA: Questions and Answers,” n.d.) Under this regulation, registered outsourcing facilities must register and report their products to the FDA. Pharmacists at compounding facilities are also responsible for inspecting, approving and rejecting all drug preparation items to verify safety. However, Cadden’s case proves that in some cases, these suggestions and regulations are not enough.

The New England Compounding Center is not the only facility with issues. After the Washington Post analyzed dozens of records, including lawsuits and FDA documents, it found that there were serious problems at three large-scale compounding pharmacies – all of which play dominant roles in the industry. Over the past decade, they have contributed to 39 illnesses and six deaths. (Kindy, Sun, & Crites, 2013)

In some cases, individuals were not impacted by contamination, but compounded drugs that were simply too potent. For example, two college students died in 2005 after applying a cream from a compound pharmacy prior to a laser hair removal procedure. A few hours after they used the cream, they developed seizures and respiratory arrest due to drug toxicity. (“Tragic deaths related to pharmacy compounded high-strength lidocaine/tetracaine creams,” n.d.)

There are some steps that can be taken to protect yourself from the flaws of compound drug manufacturers. (“Protecting Yourself,” n.d.) The FDA recommends familiarizing yourself with your medications and online pharmacy, if you use one. Individuals should also ensure that their pharmacy is licensed by a state board of pharmacy in their state, or where the facility is operating.

A few regulations for your health lab