If you can die of a broken heart, you should be able to die of enormous joy, right?

It might not make much sense, but new research shows that your heart and overall health may be at risk if you’re in the midst of euphoria. This means that “Broken Heart Syndrome” and its emotional turmoil isn’t the only thing that could harm you.

But let’s back up for a second and take a look at “Broken Heart Syndrome.” 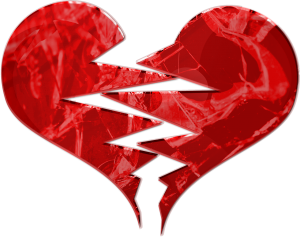 The scientific term for it is Takotsubo syndrome, also known as TTS. It is often diagnosed after an individual experiences negative stress, such as grief or anger. While it may be easy to identify some of the causes of a “broken heart,” it might be a little more difficult to determine why these feelings occur during what seems like a joyous occasion.

Two researchers from Switzerland, Christian Templin and Jelena Ghadri, set up a global registry to track patients with TTS back in 2011. Now that they’ve had a chance to look at the data, they’ve made some conclusions in a study published in the European Heart Journal. The bottom line is that, yes, being too happy could also cause TTS symptoms, such as chest tightness. However, the researchers aren’t sure why.

“Our data illustrate that TTS can be triggered by not only negative but also positive life events,” the authors wrote in their study. “While patient characteristics were similar between groups, the midventricular TTS type was more prevalent among the “happy hearts” than among the “broken hearts”. Presumably, despite their distinct nature, happy and sad life events may share similar final common emotional pathways, which can ultimately trigger TTS.”

The main symptoms of TTS are chest pain and shortness of breath. Unfortunately, they can be difficult to distinguish from symptoms of a heart attack.

Should You Put a Cap on Happiness?

This would not be the first publication to question happiness and its effects on health. Research released in 2015 found that happiness did not necessarily help individuals extend their lifespans, despite the common notion that happier people live longer. On the flip side, pessimists aren’t exactly helping themselves, either.

Previous reports of reduced mortality associated with happiness could be due to the increased mortality of people who are unhappy because of their poor health, wrote the authors of the study. Also, unhappiness might be associated with lifestyle factors that can affect mortality.

That being said, it probably doesn’t hurt to smile once in a while. Just don’t enjoy yourself too much.