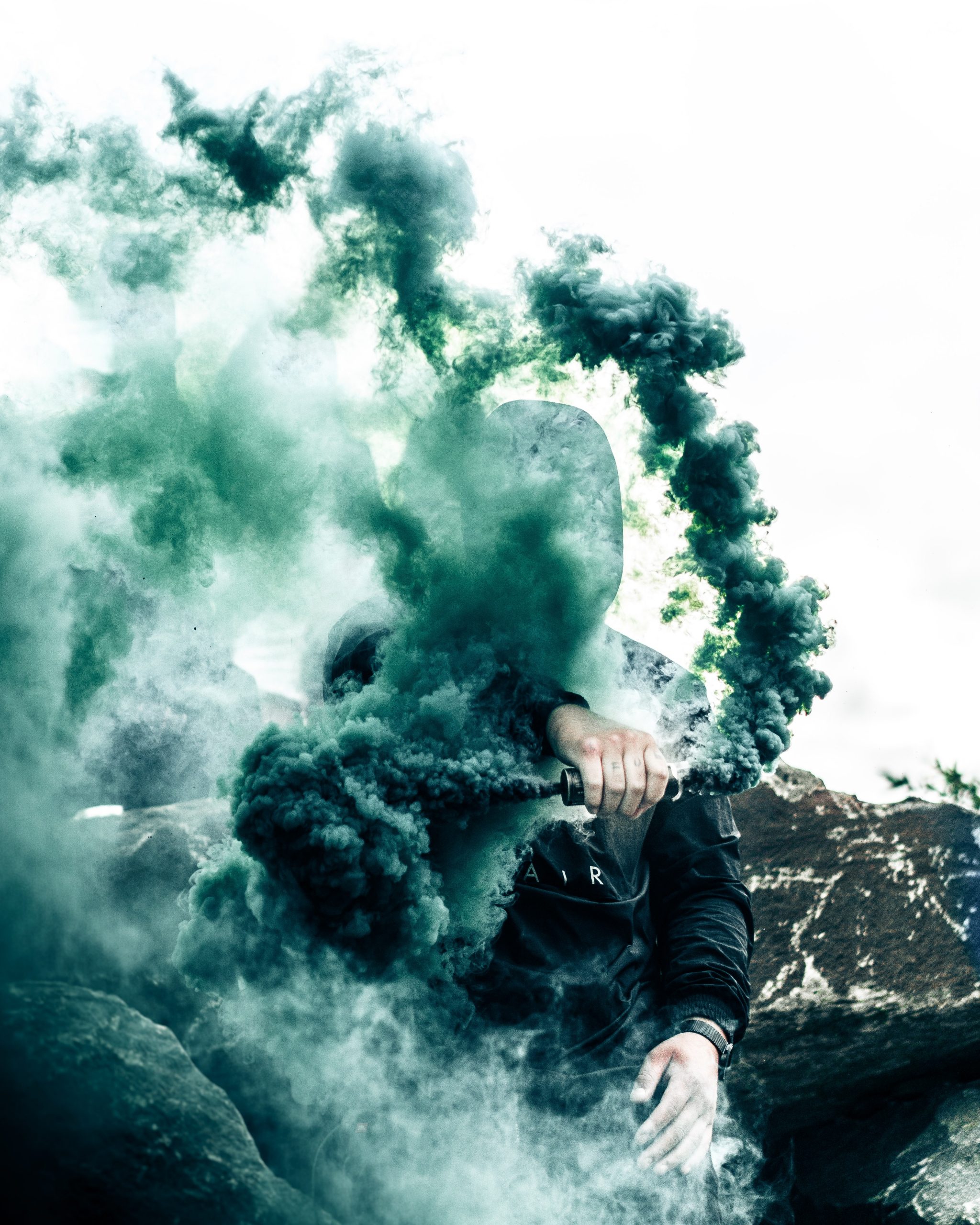 When we add cream to coffee or a bath bomb to a tub, we see beautiful swirling colours mingling in the liquids. This is a field of study called fluid dynamics, which is just as enigmatic as it is beautiful. Although it’s easy for us to see the way the way things mingle in the flow of our bath water, it’s much more difficult to see it on a finer grained scale. What’s going on with each parcel of water?

But it’s not just liquid that is examined with an eye to curiosity. Air parcels flowing over an aeroplane’s wing creates turbulence that is invisible until we add something to the air, like the coloured smoke grenade, to see the whorls of wind as they leave the wing. This is the same dynamics that buffet us as we drive down the road and winds hit the side of our car. What would you see if you could see the winds sweeping at you?

In 1785 when Johan C. Wilcke, a Swedish physicist, used burnt lime particles to visualise a vortex breakdown in a stirred tank. This one of the first known and recorded times that someone used anything to see just what happened beneath the surface of a water flow. The concept was later used by Henri Bérnard, a French physicist, used graphite and aluminum flakes to visualise convection patterns in heated fluid layers. At the turn of the 20th century, Ludwig Prandtl, a German engineer that studied aerodynamics, used mica flakes suspended on the surface of a water tunnel to visualise the flow around solid bodies. In 1956, two German scientists, Schulz-Grunow and Hein were back to aluminum flakes extracted from a hammer paint to visualise the wavy vortex pattern in a Taylor-Couette flow. Variations of these methods were employed depending on the viscosity and temperature of the fluid throughout the 1970s .

Paul Matisse invented Kalliroscope, which was both a company and a kinetic sculpture featuring a beautiful, hypnotic rheoscopic fluid using crystalline guanine, which he used to create these kinetic sculptures. While these were invented in the 1960’s, they didn’t take off for research until the 1980s when kalliroscopes became the the workhorse of the nascent field of nonlinear dynamics . The guanine was an important component in these art installations for the relatively slow settling of the crystals and high reflectivity.

Crystalline guanine is a shiny substance extracted from fish scales. It’s useful because it has a relatively low density (1.62g/cm) small particle size (6x30x.07um^3) allows it to stay afloat, settling very slowly. They also have a high index of refraction (1.85), which makes it effective at scattering the light, giving us that lovely high contract visualisation in the flow. Unfortunately, it takes  50 tonnes of fish to create 1kg of guanine, making it very costly and difficult to obtain . These factors are important so researchers have time to see the structures they are looking at, and the light reflects off the crystals as they align in the stream flow.

Researchers have since used either mica powder, which is plentiful in cosmetics as the element that adds shimmer to the the make-up, or stearic acid crystals, which are the thickening agent in shaving cream . Both of these are crystals of high reflectivity, which make fluid dynamic imagery a perfect candidate for crossover classes that combine engineering and art . It should be no surprise that art students would learn how to see the grains of dust floating in air in a whole new light, while engineers learnt how to show the dramatic play and contrast between fluids. Sadly, it would seem that even these brilliant visualisations are not enough to keep the attention of some student’s minds .

Regardless of the complexity and most student’s disinterest, it does have real world applications beyond aerodynamics. It is used to find sources of high pressure in geology and even used to find the points where blood cells deform ─ they look for rigidity so they know if someone has the potential for more circulatory problems . Some engineers use it to look at how heat from a flame deforms plastic as it melts , others need to know how gas and liquid bubbles interact for water treatments and bio-chemical processes .

The most delightful take on the kalliroscope, however, is the common sensory bottle that many parents started giving to their toddlers. Sensory bottles are, essentially, a plastic bottle with glitter and water. Some people make them with beads or other such items in there for a toddler to watch swirl around. There are even some DIY recipes with increase the viscosity of the fluid by using corn syrup, which would slow the swirling of the items within. Even with this overly simplistic approach, the principles are the same: a material in a fluid is carried along with the flow, and in the process attempts to align with the linear direction. In the process, light is reflected off the surface of the items in the fluid, making it more visible so we can enjoy the wonders of fluid dynamics.

14.Oct.2020 wehosted a live virtual workshop where we make a kalliroscope and explore fluid dynamics by placing disruptions in a jar. In honour of Halloween, there is also a small twist: Glow in the dark rheoscopic fluid. You missed joining us, but you can check out the replay here. 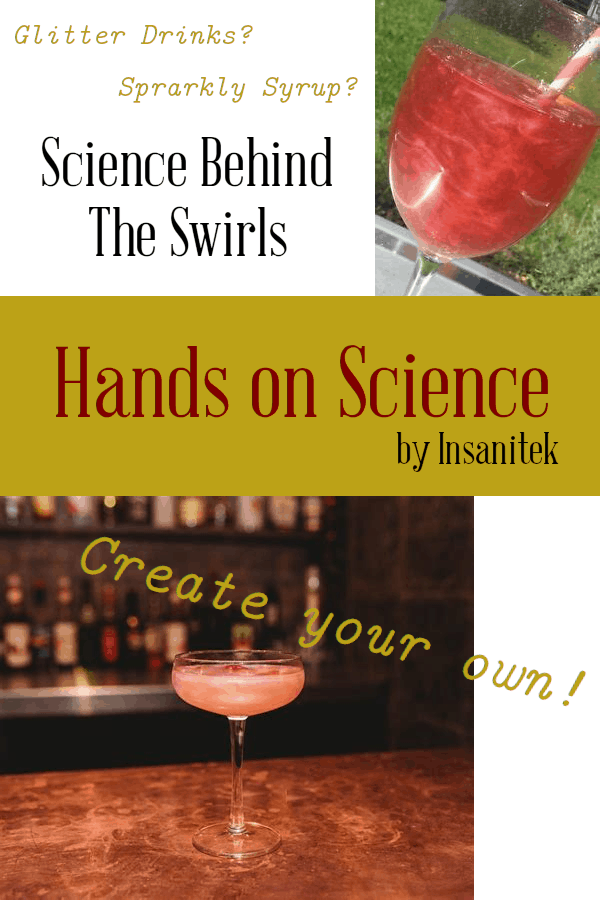 Design Your Own Sensory Bottle