Of all the microbes in the world, yeast is one of the most useful for us civilised folks. The fermentation process allows beverages to brew, bread to rise, and our recent studies show that yeast also helps our guts function. 7000 year old vessels have traces of wine and beer, but not sure if it was intentional. Yeast got really noticed in Egypt, even if they didn’t understand it. They were the ones that gave us our sourdough starters by saving a portion of the starter.

There are many drinks, fermented foods, and non-alcoholic beverages that rely on yeast for their process. Breads, beer, wine are just three, but recently the health world has taken note of other fermented foods like kombucha. Of course, crack open the annals of food preservation, and you’ll see that fermentation was a classic, easy way to preserve a wide variety of foods. The climatic conditions, the availability of raw material and the preferences of each region have conditioned and flavoured the smorgasbord of options. In addition to the aforementioned traditional alcoholic beverages yeast has found it’s way into less obvious things: global food processing such as coffee and chocolate, but also wastewater processing and in the making of biofuels.

Yeast is truly everywhere, and it can be highly beneficial.

But what is yeast?

Yeast is a single-cell organism that is actually a fungus. Upon a strictly biochemical point of view, fermentation is a process of central metabolism in which an organism converts a carbohydrate, such as starch or sugar, into an alcohol or an acid.

In the 1850s and 1860s, the French chemist and microbiologist Louis Pasteur became the first scientist to study fermentation, when he demonstrated that this process was performed by living cells. What Pasteur noted, but didn’t know the ins and outs of, was that fermentation is carried out by yeasts (and some bacteria) when pyruvate generated from glucose (a sugar) metabolism is broken into ethanol and carbon dioxide .

In plain English that means that the yeasts gobble up sugar creates pyruvate, and then excretes ethanol and carbon dioxide.

Side note: Our bodies also produce pyruvate when we eat glucose. It helps to break down the sugars to make it a more usable form for our bodies. It’s also a supplement that some use for weight loss.

Two strains of yeast have also been tested and recognised to be probiotics: Saccharomyces cerevistiae and S. cerevisiae var boulardii, but many more are in need of testing to see their true probiotic potential .

Yeast is considered a “model system” genetically speaking. It has many markers making it useful for genetic studies: a stable haploid and diploid stage, easily identified mutations, rapid growth, and it is easy to insert genetic material into the yeast cell. Geneticists can even use normal baker’s yeast, making the materials to work with widely available and very cheap. A young geneticist could stick with the easily available Saccharomyces cerevistiae or even use the ancient Schizosaccharomyce pombe .

I mentioned biofuels earlier, too. Ethanol isn’t just a corn slurry, it’s a corn slurry that is fermented with the help of our friend the yeast. Corn or wheat is prepared much like a beer. They make a slurry which is called a mash that is fermented. However, there is a reason we aren’t all using corn beer to run our vehicles yet. It’s a very expensive process to make the fuel. Oxygen helps the process as fermentation is an aerobic activity and could be the key to creating a more cost effective method to make a biofuel . Or, perhaps, as one team of Bulgarian researchers are exploring, the process could be made more cost efficient by making the biofilm that forms on top more electrically conducive for yeast to do it’s bit .

With all that yeast does, you’d think that it would be hard to kill. Even this kitchen superhero has it’s limits. It will die off in due course in the fermentation process when it runs out of nutrients or oxygen. However, they have an ecological competition in the form of other fungus. Yeast killers are toxin-producing fungi that are immune to their own toxicity, yet they are competing for the same resources as other yeasts. The name given to these are exotoxins, and in the case of yeasts they are generally proteins or glycoproteins that are able to kill susceptible cells. There have been studies done to see what kind of ecosystem these yeast killers thrive in, and by and large the yeast killers thrive in the early stages when nutrients are plentiful, pH is low, and yeast isn’t plentiful .

So, if you have an urge to try your hand at wine or cheese making in your basement, it should be fairly easy. Yeast seems to win out over the yeast killers to make delicious food and beverages as long as the pH isn’t too low. And if you want to take it a step further and start researching yeast for more, there is a large body of research and plenty of room for exploration.

What Would You Do With Yeast?

The next time you pick up some yeast to make some bread, give it a thought about what else you could do with the powerhouses in your hand. What else would you do with them? Share your ideas in the comments!

Me? I’m going to learn to make silage for herd animals. 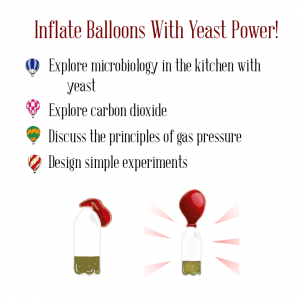 And get more free resources from our library while you’re at it. Drop your email below to get the depth of learning checklist we use AND a few suggestions on how to focus activities for levels of learning. 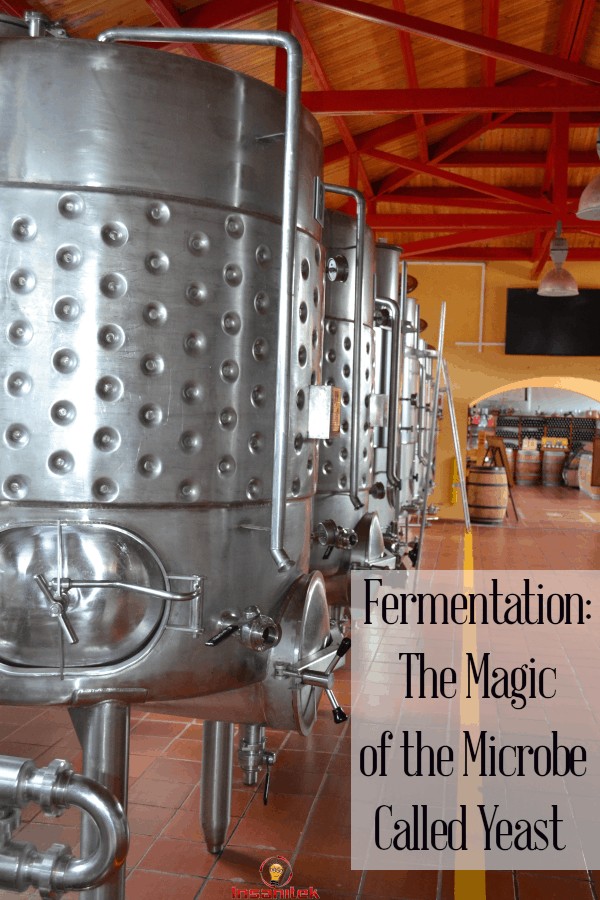 The Science and Art of Brewing Beer [Oktoberfest special]

Here’s What Happened When Students Made Beer with a 5,000-Year-Old