We humans arrogantly tout our superiority over other creatures in the animal kingdom, but in many ways, less complex animals are more advanced than we are. Take the salamander, for instance. While we humans have the ability to create the World Wide Web, space travel, and microwave popcorn, these decidedly less advanced animals can regrow severed limbs. We certainly can’t do that! Yet the salamander’s undersized, inadequate brain can send a signal to its stem cells to initiate the process of regeneration. This doesn’t happen in humans. Try as we may, we cannot regenerate. If a person loses a limb due to accident or illness, they live the remained of their days disabled. It seems that, even from our lofty perch at the apex of the animal kingdom, we humans can still learn a thing or two from some of the lower life forms. And scientists are doing just that – studying regeneration in less complex animals in an attempt to learn how to encourage this process in humans.

First of all, a bit of clarification. Humans do have some regenerative capabilities. Take our skin, for example. Humans can regrow damaged skin. We can also replace damaged stomach lining, and the liver can regrow to replace lost tissue. Bones grow back together when broken and humans can even regenerate the finger tips, as long as the underlying cells aren’t destroyed. But true limb regeneration – the kind that salamanders are capable of – is still impossible.
But perhaps it won’t always be so. David Gardiner, a professor of developmental and cell biology at the University of California, Irvine, told LiveScience’s reporter Jesse Emspak, “Human regeneration is likely in the future.”

Australian scientist, James Goodwin of Monash University released a study in 2013, which was discussed in Tanya Lewis’s Huffington Post article, “Limb Regeneration in Salamanders Depends on a Key Immune Cell,” in which he found that salamanders produce a specific kind of cell, called a macrophanges. The macrophanges, which is part of the organism’s immune system, serves to prevent infections in wound sites and signals the brain that there is a body part in need of repair or replacement. Goodwin discovered that, if the macrophanges was suppresses in a salamander, the animal would only form scar tissue, not regenerate a limb. 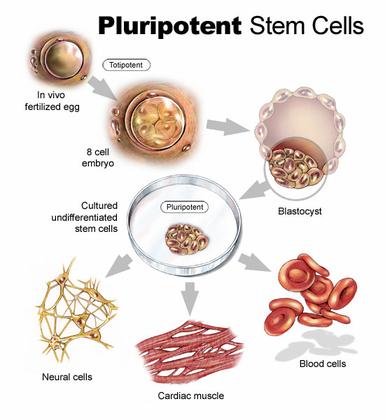 To further this research, Gardiner determined that he could coax a salamander into growing extra limbs by tricking the brain. Stimulating the nerve cells in a wound caused the brain to signal the regrowth of a limb from tissue-specific stem cells, called pluripotent. There are adult stem cells in humans that are undifferentiated, meaning they have the ability to become specialized, but the process of regeneration in humans breaks down somewhere along the line.

However, Gardiner contends that the basic mechanism for regeneration is essentially the same in humans and as it is in salamanders, even though the two organisms are vastly different. This is because, as Gardiner says, there is not one specific gene that is responsible for regeneration. Rather, it is a process. Still, regeneration is more complicated for a human than it is for a salamander. Salamanders regrow tissue. For a human to regrow a limb, they would need to regenerate bone, skin, muscle, nerves, and blood vessels.

To regrow a body part, first cells need to know where they are and what type of part they are to regenerate. Interestingly, we do not see this go awry in the natural world. Scientists do not routinely find salamanders with feet for tails and vice versa. Their bodies simply know what part goes where. To accomplish this, the cells need to be aware of the body’s “map” and where they fit into the grand scheme of things. So far, human stem cells cannot do this. Humans do have a built-in control mechanism that is supposed to make sure that cells don’t grow out of control, but this system is flawed. Cancer is the result of cells that are growing and multiplying out of control.

Two main questions need to be answered by researchers studying salamander regeneration before scientists can take a step further into initiating human limb regrowth. First, scientists need to discover what stimulates the stem cells to develop a blastema, a collection of stem cells at the site of damaged tissue. Second, they need to learn how the brain suppresses stem cell growth only to re-activate the process when it is needed for regeneration. Once researchers understand these two processes, they will be a step or two closer to true human regeneration. Until that time comes, we humans should be humbled and awed at the innate, natural abilities of the lowly salamander.

Could the Smell of Your Food Make You Fat?