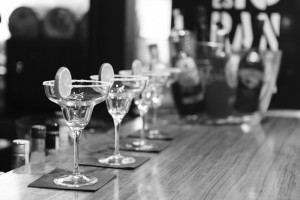 Should we be reconsidering the one or two glasses of wine we have over dinner? According to a new study, the answer is yes. As it turns out, alcohol is a contributing factor to many health complications, and new research suggests that it may be specifically linked to cancer.

Researchers from the American Society of Clinical Oncology (ASCO) recently wanted to look at how alcohol plays a role in the development of cancer (LoConte, Brewster, Kaur, Merrill, & Alberg, 2017). As they note at the beginning of their study, it’s already been proven that alcohol is “an established risk factor for several malignancies.”

“As a potentially modifiable risk factor for cancer, addressing high-risk alcohol use is one strategy to reduce the burden of cancer,” the researchers wrote in their report.

To conduct their study, the ASCO researchers looked at earlier studies and their results. For example, they cited a report released by the American Institute for Cancer Research and the World Cancer Research Fund that found that one alcoholic drink per day could increase breast cancer risk.

In the end, they concluded that 5.5 percent of all new cancers and 5.8 percent of all cancer deaths worldwide can be attributed to alcohol. However, they noted that the “full range of cancers for which alcohol drinking represents a risk factor remains to be clarified.” For instance, alcohol can lead to an increased risk of pancreatic cancer, but it has a strong correlation with other risk factors. For this reason, it is difficult to discern if alcohol is an actual independent risk factor.

“The message is not ‘Don’t drink,’” says Dr. Noelle LoConte, lead author of the study (Rabin, 2017). “It’s ‘If you want to reduce your cancer risk, drink less. And if you don’t drink, don’t start. It’s different than tobacco where we say, ‘Never smoke. Don’t start.’ This is a little more subtle.”

And do those who never drink have an upper hand on people who indulge once in a while?

The results are fairly inconclusive, according to the researchers.

“The evidence from these studies suggests that the risk of cancer may be reduced to that seen in never drinkers after long-term (≥ 20 years) cessation from alcohol drinking,” wrote the authors of the study. “Unfortunately, there are limited existing data on the impact of alcohol cessation on the risk of other alcohol-related cancers.”

Perhaps the bottom line is to be cautious. But isn’t that always the case with alcohol?

You Might Look Better to Your Date After 1 Drink, But Not After 2