The opioid epidemic has claimed thousands of lives across the country, and now, new statistics from the U.S. Centers for Disease Control and Prevention have shed light on just how many people have fallen victim to the drugs.

According to a new report from the National center for Health Statistics, more than 63,600 people lost their lives due to drug overdose in 2016. In the same year, 42,249 of those deaths (66 percent) could be attributed to opioids. In comparison, this is more than the average number of Americans who die due to breast cancer each year (approximately 41,070) (“Drug Overdose Deaths in the United States, 1999–2016,” 2017).

But which opioids are at the root of the problem? 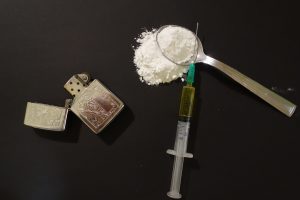 “Based on what we’re seeing, it doesn’t look like it’s getting any better,” Bob Anderson, chief of the mortality statistics branch at the National Center for Health Statistics, told CNN (Kounang, CNN, 2017).

However, it isn’t all bad news. The rate at which people are being prescribed opioids could be shifting.

“Even though deaths are going up among people who are addicted heroin users, who use black-market opioids … it’s possible that we are preventing less people from becoming addicted through better prescribing,” addiction specialist Dr. Andrew Kolodny told CNN.

If you or someone you know may be suffering from drug addiction, you can call the Substance Abuse and Mental Health Services Administration hotline at 1-800-662-HELP.