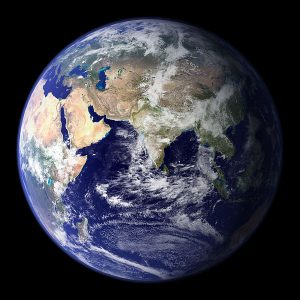 What if we could blanket the planet and shelter it from the Sun? Would it help Earth maintain a cool, comfortable temperature and reduce the impact of global warming? This is what a group of scientists recently wanted to figure out.

The theory of geoengineering involves spraying sulfur dioxide into the atmosphere to form clouds. In turn, the planet would be artificially “cooled.” To some, geoengineering is the answer we’ve been waiting for to global warming. The creation of clouds would give experts some level of control over the planet’s temperature.

However, one group of scientists now believes geoengineering could have a “devastating” impact on Earth, contrary to popular belief (“Creating clouds to stop global warming could wreak havoc,” 2018). To draw their conclusions, they looked at computer models that simulated what would happen if geoengineering led to climate cooling, and what would happen when it stopped.

“Rapid warming after stopping geoengineering would be a huge threat to the natural environment and biodiversity,” study co-author Alan Robock of Rutgers University told USA Today. “If geoengineering ever stopped abruptly, it would be devastating, so you would have to be sure that it could be stopped gradually, and it is easy to think of scenarios that would prevent that.”

Robock went on to cite the inability of plants and some animals to move, which would inevitably spell disaster for some species.

But what about the plants and animals already suffering from the state of the planet and global warming? Is it worth giving geoengineering a chance?

New research now shows that the frequency of coral bleaching has increased to the point that reefs no longer have enough time to recover in between “severe” episodes (“Global Warming’s Toll on Coral Reefs: As if They’re ‘Ravaged by War,’” 2018). Bleaching events when ocean temperatures are overheated and thwart the life of the organisms living within coral.

“When coral dies, it affects the shelter and food that sustain fish, lobsters, shellfish, worms, etc. The same happens in a rain forest. When the trees die, the animals and plants that have developed over millennia die with them,” Jelle Atema, biology professor, told the New York Times. “When a country is ravaged by war, people die and migrate.”

So is a solution like geoengineering worth mulling over when we have situations, like coral bleaching, that demand our attention?