When you look at a giant Great Dane or Mastiff, then you look at a Chihuahua or a Pomeranian, it is hard to believe they are all the same species of animal. It is even harder to believe that these lovable and loyal companions – man’s best friends –are all descendants of the maligned grey wolf – the same wolf that is the villain of our best-known fairytales. Dogs have the most variance in size, appearance, shape, and disposition of any other mammal, from the rough and tough bulldog to the pampered poodle, and from the shaggy sheepdog to the hairless dog breeds of Mexico and Peru. Currently, the American Kennel Club recognizes at least 175 different, distinct breeds of dogs, with many more hoping to one day make the AKC list. And more breeds are being developed. In fact, humans have been toying with canine genetics for hundreds of years, cross-breeding until desirable traits are established and creating canines as small as the three and a half pound toy rat terrier and as large as the 150 pound Newfoundland. Geneticists studying the mitochondrial DNA of dogs have determined that all domestic dogs – the small and the tall – trace their heritage back to the gray wolf along a single line of lineage. This means that the domestication of the grey wolf was a one-time event that resulted in the creation of man’s best friend and, in turn, the test subject for thousands of years of genetic experiments that results in the variety of pooches we see today. 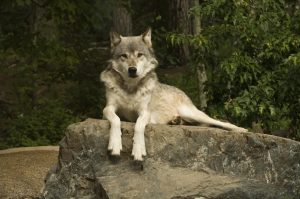 Most scientists today agree that the entire dog species, Canis lupus familiaris, originated from a single source, the Central Asia’s grey wolf, or Canis lupus. Moreover, studies into the mitochondrial DNA by researchers at the Royal Institute of Technology in Stockholm have led to an interesting and almost unbelievable concept…that the domestication of the wolf was not a wide-spread practice. In fact, all of the dogs on Earth today can trace their lineage back to one specific grey wolf that became the companion of humans. Had numerous wolves in several different regions been domesticated at various points in history, the researchers would have been able to uncover more than one lineage.

Early man most likely used selective breeding to produce dogs that were best suited for their particular needs, like calm, easy-going dogs that were not aggressive towards its owners or dogs that would bark to warn of threats to the owner or his property. Although these early dog breeders can hardly be called geneticists, they did alter the genes of the grey wolves by breeding for specific traits and set into motion the groundwork for to vast array of dog modern breeds. By tinkering with the natural traits of the grey wolf, humans were able to produce puppies with traits that were more pronounced or less prominent than the parent animal, then cross-breed those puppies to pull out those characteristics even more. The result was a textbook example of the power of selective breeding and the rapid diversification of a species that served as a basis for understanding evolution and genetics. Shoosh, even Darwin noted the ways that humans have tampered with the genetics of dogs and used it as support for the theories of evolution he put forth in his groundbreaking work, On the Origin of Species.

Even though humans first domesticated the grey wolf to create a dog a long time ago – between 14,000 and 17,000 years ago, according to scientists – the majority of dog breeds are only a few centuries old. Dog breeding really ramped up in the 1800s, coinciding with the establishment of specific dog breed standards, dog shows, and breed clubs. As domesticated dogs spread across the globe, natural mutations attributed to diet and climate also occurred, increasing the size and diversity of the animal. The World Canine Federation recognized about 340 different dog breeds, but the recognition of breeds and the specific breed standards vary from nation to nation. 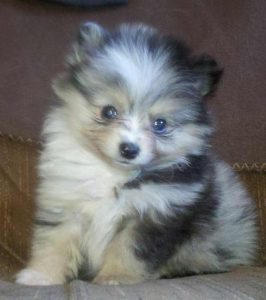 Today’s dog breeders are continuing to toy with the genetics of man’s best friend, creating so-called designer dogs by crossing popular breeds. For example, a cross between a Labrador and a poodle is known as a labradoodle, while a mix of a Pomeranian and a Chihuahua is called a pomchi. These designer dogs are adding to the ever-evolving gene pool of the modern dog.

Even as early humans and modern-day dog breeders modified and reshaped the outward appear of the grey wolf to produce dogs of all colors and sizes, the structure of the species hasn’t changed. Domesticated dogs, Canis lupus familiaris, remain a subspecies of the Canis lupus. That means that, despite the size variances and the domestication of modern dogs, they are still able to breed with wolves. This may demonstrate a limitation on man’s ability to accelerate and direct evolution through selective breeding. Humans may be able to change the appearance and disposition of an animal, but beneath the russet fur of an Irish setter, the wrinkles skin of a shar-pei, or the elongated ears of the basset hound, the species remains unchanged. A dog by any other name is still a wolf at heart.