One factor I encountered again and again when I was working as a first responder was cause and effect. Whether a result was profitable or costly, it seemed like there was a whole team of people with no other purpose in life than to research why a particular outcome came to pass. There was even a strategy at one company I worked with called “the Five Whys”. The theory was that if you asked “why” to every explanation offered for a total of five times, you would arrive at the original cause of the event. That might work for the Corporate folk, but personally it made me feel like I was surrounded by kindergartners.

But a lot of scientific research follows the same premise: Keep going farther back and asking why and you’ll arrive at the root cause. In fact, there are labs all over the world dedicated to asking “why” about the most fundamental of all things: Life itself. 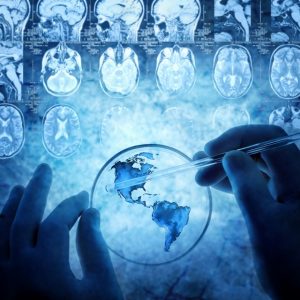 Abiogenesis is the natural process by which life emerges from non-living matter. A popular school of thought attributes life on Earth to this process: According to this theory, ancient Earth had a pool of primordial soup, consisting of a variety of molecules billions of years ago. As these molecules interacted, genetic sequences formed into cells, which would then feed on surrounding fuel sources to grow and replicate. These cells evolved over time, eventually giving rise to the complex life forms we know today.

In the quest to understand just how this process might work, scientists have been working to develop artificial life through the construction of synthetic protocells.

Protocells are stripped-down cells that provide the basic (read: Necessary) cellular functions in a minimal (read: Easy-to-monitor-in-a-lab-environment) package. While isn’t a gold standard of what constitutes life, there as an operational understanding that life requires at least three things: a stable body that separates it from its environment; a metabolism that allows it to convert material from its environment into energy; and the ability to self-replicate, passing on genetic information to offspring and demonstrating an intuitive selection process that allows it to evolve to its environment. Functional protocells meet each of these requirements, so let’s get synthesizing.

Although there are several ways of experimenting with protocells, be they laboratory or computer simulations, the methods for creating them fall into two categories: Top-down and bottom-up.

Top-Down synthetic life involves modifying existing (living) organisms by removing complexity until they arrive at their most basic functioning state. The bottom-up model seeks to create living cells by building them through the specific combination of biological or non-biological matter. Since I covered modifying genetic organisms in another article, we’ll focus on bottom-up construction here.

As we learned in school, DNA is the double helix nucleotide containing the blueprints of life. RNA is a different, more robust and easier to build single-helix nucleotide that carries out the instructions given to it by DNA. Because it’s simpler, easier to construct and more rugged, RNA has largely been considered the initial life-governing helix to help shape primordial Earth, later giving rise to DNA (which is better at storing information). Although this could be wrong (I won’t say much more than that on the subject, but you can read this article to learn about conflicting research happening now), most of the bottom-up experiments have involved RNA. 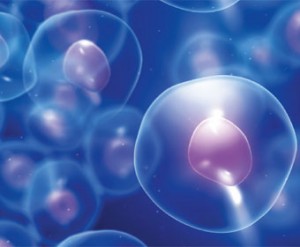 When constructing a cell bottom-up, the first thing that’s needed is a cell body. Modern cell bodies are composed of phospholipids, which are very complex and result in complicated metabolic processes. Remember, we’re looking for clean and easy to study, so we want a thin, simple cell wall composed of simple fatty acids. Oil droplets fit this bill, as they provide a stable body capable of protecting the cell’s innards from harmful molecules in the environment, but are thin and soft enough to allow desired molecules to pass through their wall without too much fuss. There are other things that also work, but oil gets used a lot because it’s so easy to work with.

Once we have the cell body, we need to fill it with cell-stuff and get it metabolizing food. That means two things: Some genetic instruction material (RNA) and a metabolic process. A metabolic process is simply a chemical reaction allowing the cell to change potentially useful things in the environment into very useful fuel inside its body, so we’ll start with the genetic information. Remember, we’re going for simplicity here, so we pick a scaled-down nucleic acid (RNA) and install it into the oil body to tell it how to behave.

Now, if we give our oil droplet a photosensitive nucleic acid, the metabolic chemical reaction will be triggered by light rays. Have an intern flip the light switch on his way to get everyone victory coffee and we’re in business.

Life is Only the Beginning

I’m sure by now you figured out that creating artificial life is only the first part of the research. The rest of the experiment deals with observing the behavior of these cells, adjusting their contents and drawing conclusions to help us understand what may have happened billions of years ago to trigger life as we know it today. For example, lab-created protocells tended to self-destruct when they tried replicating. A breakthrough study in 2013 found that citrate could stabilize the protocells, allowing the genetic material to copy itself without flying apart at the seams. This tells us that citrate may have been present in the primordial soup, giving us a better idea of what else may or may not have been stewing with those cells.

In addition to light-sensitive oil creatures in petri dishes, researchers run computer simulations to see how cells will behave with different component parts and environments. They watch for mutation and see what happens when cells replicate or merge together to form hybrid cells.

And there’s a lot more to this research than understanding how life started. Building synthetic life forms gives us an opportunity to create self-repairing structures or life forms that help clean up pollution or create clean and renewable fuel sources. It also gives us a chance to remodel genetics.

Across the earthly spectrum, all DNA is composed of four nucleobases: A, T, G and C. But in 2010, Dr. Craig Venter (of genome sequencing fame) and his team created two artificial nucleobases: X and Y. Their goal? To create medical drugs that could not otherwise exist. His team also created the first artificial protocell controlled entirely by synthetic DNA. (And no, they do not work for the Umbrella Corporation).

Synthesized DNA offers another, farther-reaching possibility: By understanding synthetic life that differs from the natural variety found on Earth, we’re able to adjust our ideas about what life might look like on other planets–an important step that helps us recognize potentially habitable ecosystems.

From primordial Earth to celestial possibility, life is a strange and complicated thing; and the more we learn about and modify it, the stranger it becomes.

Is the best weapon to fight cancer already inside you?