There’s something about our sense of smell that makes food particularly delicious to us. How do you feel after you catch a whiff of French fries? If you couldn’t smell them, would you crave them as much? More importantly, how would your body react?

This is exactly what a group of researchers from the University of California – Berkeley wanted to find out. (Riera, 2017) They assumed that the sense of smell would automatically translate into less eating – and therefore less weight gain – among rats. But was their hypothesis correct?

To start, researchers stripped the sense of smell from a group of rats. They found that they burned fat more intensely than mice who had normal olfactory brain cells. As it turned out, they had higher levels of adrenaline than ordinary mice. When their olfactory brain cells were disabled, they lost one-third of their body weight, and most of it was fat. 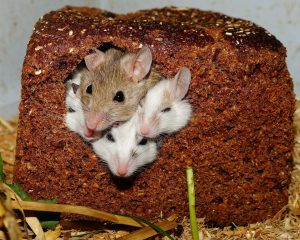 “I was shocked — the effect was so robust,” UC Berkeley stem cell biologist and geneticist Andrew Dillin told the Los Angeles Times. “I was convinced they were just eating less. When it became clear they weren’t, I thought, ‘Wow, this is incredibly interesting.’” (Healy, 2017)

To counter their initial experiment, the researchers then created “super smelling” rats by altering their brains’ olfactory systems. In the end, they had a greater risk of weight gain and impaired metabolism compared to their counterparts.

However, the “black and white” results still seem to boil down to one key fact: adrenaline plays a key role in how fat burns within a mouse’s body.

Adrenaline is not only critical to the “fight or flight response,” but stresses, such as cold. High levels of adrenaline within a rat’s body appear to “activate special stores of energy-intensive ‘brown fat,’” resulting in the burning of white fat for fuel. The end result in fat loss.

However, it’s important to note that the results are not necessarily indicative of how fat and adrenaline react in the human body. While it’s true that the loss of scent can result in food becoming less appetizing to humans, more research still needs to be conducted on the matter.

“If we can validate this in humans, perhaps we can actually make a drug that doesn’t interfere with smell but still blocks that metabolic circuitry,” Dillin continued. “That would be amazing.”

Olfactory Offenders: The Stinkiest, Smelliest Animals on the Planet