Coral reefs are in danger for a number of reasons around the globe, one of which happens to be ocean warming. However, humans are contributing to the demise of coral in a different way as well – with their sunscreen. Yes, sunscreen.

Now, Hawaii Gov. David Ige is signing the world’s first ban of the sale of sunscreens into law in an effort to combat the issue.  But why is sunscreen the culprit? Furthermore, is there anything that can be done to protect against the sun while maintaining the health of coral reefs?

Up to 70 percent of sunscreens on the U.S. market contain an ingredient call oxybenzone. Up to eight percent have octinoxate, which also appears on labels as octyl methoxycinnamate. The ban that Gov. Ige is signing into law prohibits sunscreens that contain one or both of these ingredients, and for good reason – they are thought to contribute to coral bleaching and kill baby coral.

There is a large amount of controversy surrounding the banning of these ingredients. For starters, they have been widely accepted by the U.S. Food and Drug Administration as protectants against the sun’s harmful rays.

Next, many people are still skeptical of the detrimental impact of these ingredients on coral reefs. For example, a 2015 study conducted by biologist Craig Downs seemingly proved that oxybenzone could contribute to coral death by encouraging coral to encase themselves in their own skeleton, effectively killing them.

However, counter-researchers argued that this study was conducted in a lab, rather than in the ocean. In the ocean, the oxybenzone that is present might have come from sources other than sunscreen.

Once sunscreen is banned in Hawaii, there’s no telling if other states – or countries – may follow suit. In any case, it may be worth preparing for a new world without harmful sunscreens for the sake of coral reefs.

Looking for sunscreen that contains minerals, such as zinc oxide and titanium oxide, can help you reflect the sun’s harmful rays away from your skin. These types of sunscreens differ from the chemical-based sunscreens that are going to be prohibited under the ban.

Covering up with clothing is another way to protect your skin from harmful ultraviolet rays. Trying these options will give you an opportunity to stay safe under the sun without having a negative impact on the environment. 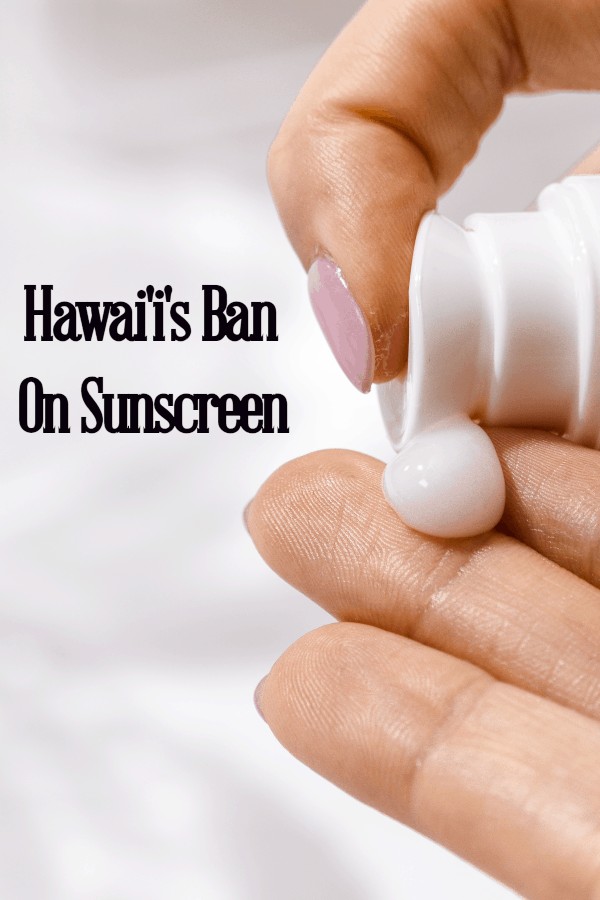