Could NASA have altered your astrological sign? Nope, in case you’re wondering. Many people were questioning it – so much that the U.S. space organization had to weigh in on the matter. But let’s back up for a moment and see what initially caused the outrage.

What Caused NASA to Step In?
The zodiac signs, which are based on 12 constellations, have been referred to by humans for centuries. While some use astrology to peek into the future, some simply enjoy learning about the associations between their zodiac sign and their personalities. Whether or not any of it can be based on pure, hard fact is another story. 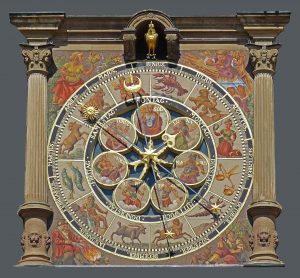 A NASA blog post originally aimed at teaching science to children back in January went viral in September after readers noticed that a 13th constellation was mentioned. Insert Ophiuchus.

Ophiuchus would be considered a third birth sign, according to zodiac believers, thwarting many common perceptions about astrology today.

“Even according to the Babylonians’ own ancient stories, there were 13 constellations in the zodiac (Other cultures and traditions have recognized as many as 24 constellations in the zodiac),” the blog post reads. “So the Babylonians picked one, Ophiuchus, to leave out. Even then, some of the chosen 12 didn’t fit neatly into their assigned slice of the pie and slopped over into the next one.”

Alright, So What Is Ophiuchus?
If we’re going according to the traditional zodiac sign chart, Ophiuchuses would be those who were born between Nov. 29 and Dec. 17. It is sometimes referred to as the “Serpent Holder.” Those who are Ophiuchuses are considered to have good luck. They may also seek peace, harmony, wisdom, and fame. However, Ophiuchuses might have many enemies who grow jealous of them.

How Did NASA Handle It?
People were so outraged that, yes, NASA has made a few comments on the matter.

“We didn’t change any Zodiac signs, we just did the math,” said NASA spokesperson Dwayne Brown. “The Space Place article was about how astrology is not astronomy, how it was a relic of ancient history, and pointed out the science and math that did come from observations of the night sky.”

And, if you already found astrology to be a bit hokey to begin with, take the Earth’s axis into consideration. It has been “wobbling” a bit over the centuries, which has changed what the night sky looks like to us versus the Babylonians, who developed the zodiac signs.