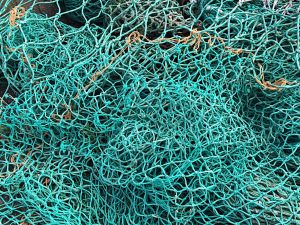 You might have heard of creatures, such as sharks and whales, finding themselves in fishermen’s nets during harvest. In some instances, these creatures can be saved, but what happens after these nets are used? As it turns out, not every fisherman is cautious about where he or she leaves used equipment. Sometimes, it ends up back in the ocean, which poses a threat to sea life once it’s permitted to float freely through the waters.

Last year, the West Coast had a record of 61 whale entanglements. This year isn’t looking so good, either – there have been at least 60 reports of entanglements as of September 2016.

“The gear is really, really heavy and when a whale comes in contact with it, it thrashes around to shed the gear,” Kristen Monsell, an attorney with the Center for Biological Diversity, told NPR. “Sometimes that works; sometimes it entangles the whale even further. Sometimes it can drown the whale immediately, or it can happen over weeks, because they get so tired. They eventually die of exhaustion.”

California Gov. Jerry Brown recently signed The Whale Protection and Crab Gear Retrieval Act into law. The regulation is designed to reduce the number of whales caught in fishing gear, and there are financial incentives for some fishermen who participate.

“We’re trying to be proactive and get ahead of this,” Larry Collins, president of the Crab Boat Owners Association in San Francisco, told NPR. “Now, at the end of the season, we can pick up the gear and get it out of the ocean, because we love whales like everyone else.”

However, it’s important to mind the word “gear” in the name of the new act. This is because it isn’t just nets that are causing problems. Traps that are laid at the bottom of the ocean and active fishing gear can create issues. Furthermore, changes in whales’ migration patterns have made them more susceptible to finding their way into discarded gear.

That being said, there are still small changes we can all make to reduce the negative impact on marine life. Utilizing reusable plastic products, for instance, can ensure that we aren’t discarding plastic items that eventually make their way into landfills (and potentially oceans). Picking up litter or garbage at the nearby beach can prevent it from making its way into the water. Finally, making it a point to stay informed on local oceanic issues and contacting public officials can make a difference in the community.