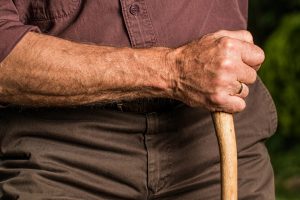 You may only live until 115. That’s the latest prediction by scientists who have looked into the average human lifespan – so what are you going to do with your time left on Earth?

“It seems highly likely that we’ve reached our ceiling,” Dr. Jan Vijg, an expert on aging from the Albert Einstein College of Medicine, told the New York Times. “From now on, this is it. Humans will never get older than 115.”

Vijg is referring to information published recently in Nature. Along with Xiao Dong and Brandon Milholland, Vijg looked into whether there is an actual limit to how long humans can live. Together, the group of researchers looked at data on survival rates and mortality. They charted how many people of varying ages were alive in a given year. From here, they compared the data from year to year. The researchers were able to calculate how quickly population grew at each age.

Vijg determined that the fastest-growing segment of the population has been the elderly. As life expectancy increased, the actual peak shifted simultaneously. However, the most recent data suggests that the increases have slowed down and almost come to a halt. This was based on data from 40 different countries.

“You’d need 10,000 worlds like ours to have the chance that there would be one human who would become 125 years,” Dr. Vijg told the Times.

Milholland confirmed that the team concluded the oldest person alive will reach about 115, and this will remain the “peak” for the time being.

The Old Debate on Age

Not everyone is happy with the results that were published in Nature. Specifically, James W. Vaupel of the Max-Planck Odense Center on the Biodemography of Aging told the New York Times that the study is a travesty.

“It is disheartening how many times the same mistake can be made in science and published in respectable journals,” he told the Times.

Interestingly, research published by David Sinclair of the lab of aging at Harvard Medical School found that the first person to live to 150 has likely already been born. This news broke back in 2015, but even at the time, Sinclair acknowledged that the age debate has been raging for decades.

Marmots Don’t Benefit from Being Social, But What About Humans?