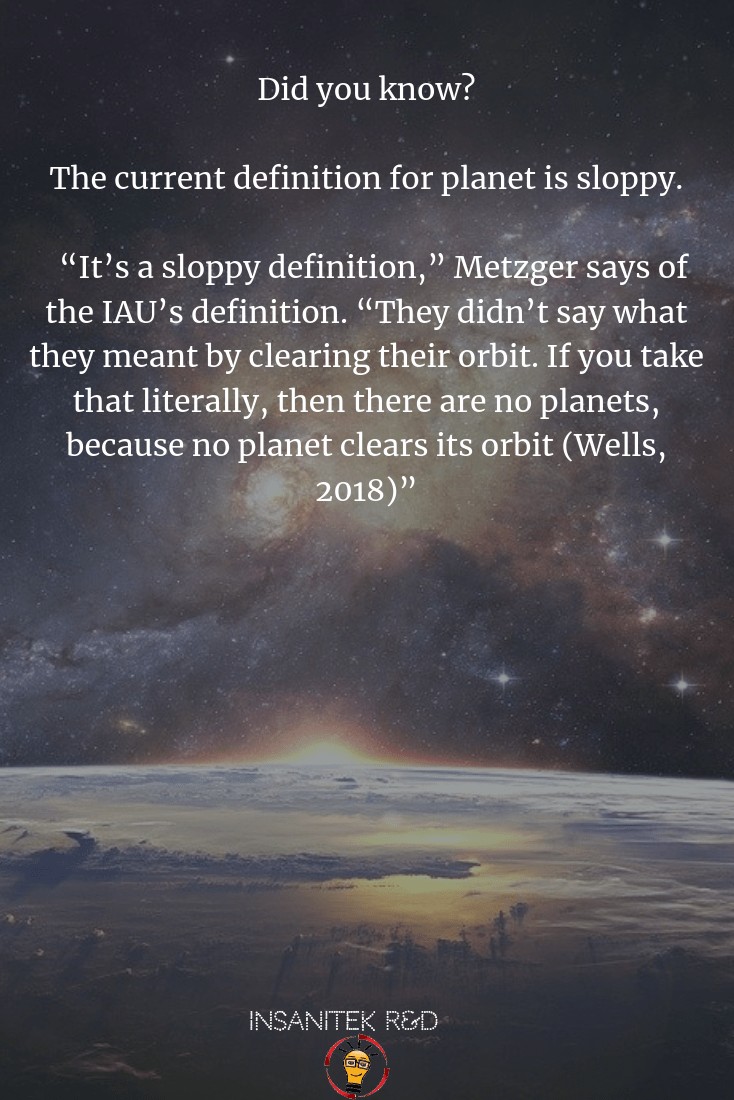 Back in 2006, the International Astronomic Union passed a resolution to adopt a new, formal definition of a “planet.” According to their standards, bodies that orbit the Sun, are spherical, do not orbit other bodies and have cleared their orbits can be deemed “planets.” It was when this ruling was made that Pluto became known as a “dwarf planet (Williams, 2018).”

Not everyone was happy with the designation, and a new study presented by Philip Metzger, a planetary scientist from the Florida Space Institute at the University of Central Florida, is challenging the definition. The study ultimately claims that because the “definition” of a planet by the IAU is not supported by research on Pluto, it is invalid.

“It’s a sloppy definition,” Metzger says of the IAU’s definition. “They didn’t say what they meant by clearing their orbit. If you take that literally, then there are no planets, because no planet clears its orbit (Wells, 2018)”

The study, titled, “The Reclassification of Asteroids from Planets to Non-Planets,” was published in the journal Icarus. Metzger and his team looked at scientific literature from the past 200 years to make their case for Pluto. Specifically, they looked for instances where the clearing of orbit was used as a requirement for classifying planets. They only found one instance, from 1802, that relied on this reasoning, and it has since been disproven.

“The IAU definition would say that the fundamental object of planetary science, the planet, is supposed to be a defined on the basis of a concept that nobody uses in their research,” Metzger said. “And it would leave out the second-most complex, interesting planet in our solar system. We now have a list of well over 100 recent examples of planetary scientists using the word planet in a way that violates the IAU definition, but they are doing it because it’s functionally useful.”

Metzger goes on to say that the dynamics of a planet’s orbit, for instance, are also constantly changing. Therefore, they are not a fundamental description of a body, but rather just the state of a body at any given time.

The researchers also note that Pluto has an underground ocean, a multilayer atmosphere, organic compounds, and evidence of ancient lakes and multiple moons.

“It’s more dynamic and alive than Mars,” Metzger says. “The only planet that has more complex geology is the Earth.”

Williams, Matt. “New Reasons why Pluto Should be Considered a Planet After All.” Universe Today. Retrieved Sept. 10, 2018, from https://www.universetoday.com/139956/new-reasons-why-pluto-should-be-considered-a-planet-after-all/ 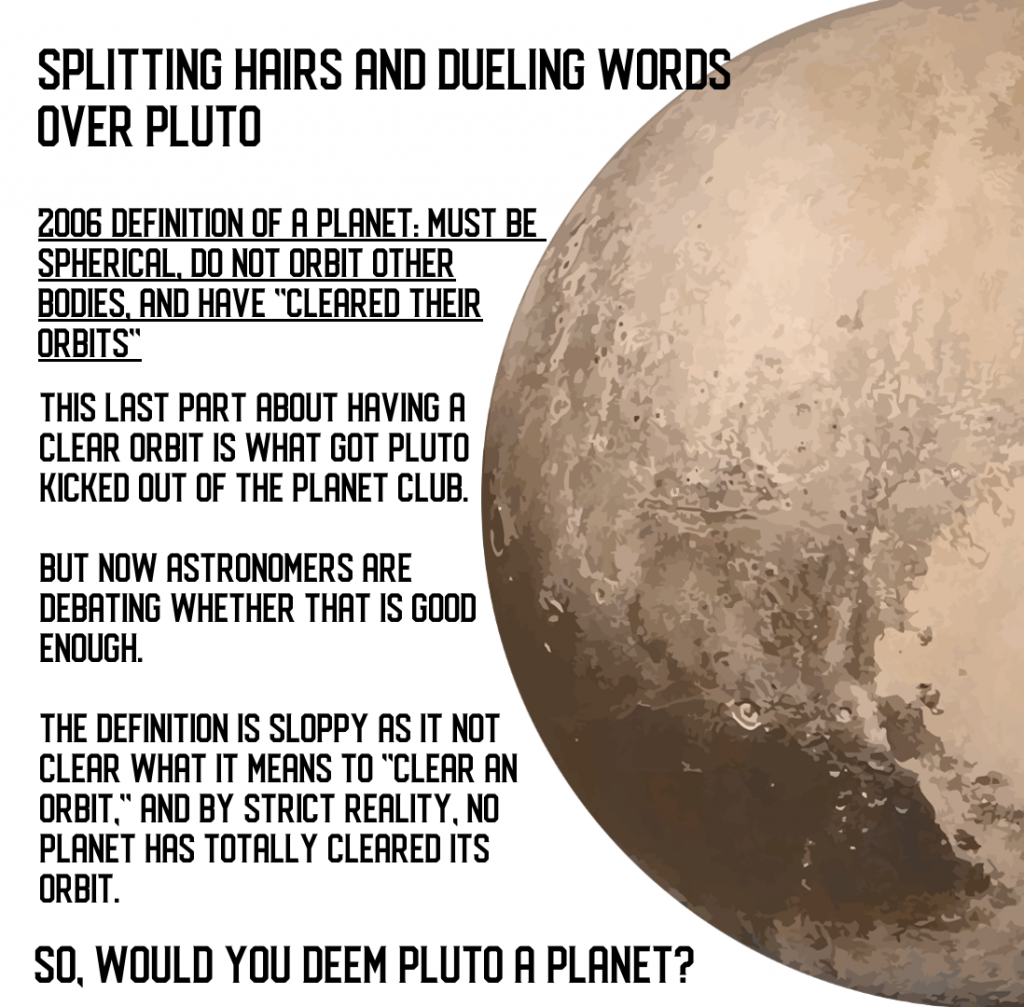