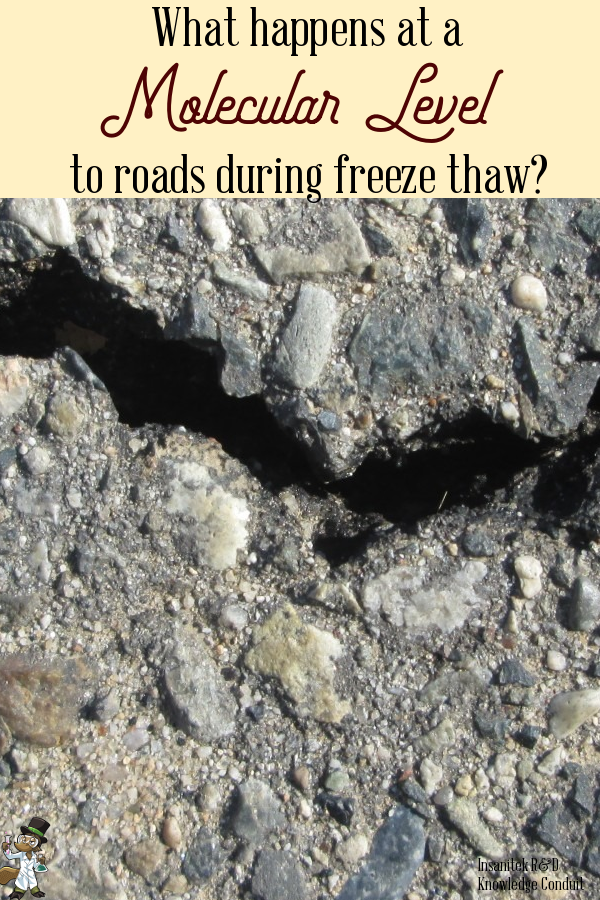 The formation of potholes. Water is one of the few liquid compounds that expands when it freezes, instead of contracting. The power of expansion packs a destructive punch. It is responsible for causing extensive damage to streets and roads all over the world. While the freezing and thawing of water is one of the driving forces behind the formation of potholes, it is not solely responsible. The weight of automobiles driving on the roads contributes to the crumbling of the asphalt, too. Potholes are formed by a perfect storm of freezing water expansion, traffic, and the porous nature of asphalt.

Rain and the water from melting snow seep into the asphalt on streets and road, either through minute openings in the pavement or by penetrating the ground adjacent to and under the road. Once water gets inside the pavement, the integrity of the road is dependent upon the temperatures. The freezing and thawing of the water acts as a jack-hammer breaking apart the pavement.

There is a lot of power in freezing water. That is because the hydrogen molecules, that are in an active and chaotic state when water is in liquid form, form strong, stable, crystalline bonds as temperatures dip below the freezing point. Those bonds create a crystal framework with each bond an equal length with all the others. The equally-spaced net-like structure takes up more room than the water did when it was in a liquid state, which means the ice expands as it freezes.

At a molecular level, the force of the bonds is so strong that it can move asphalt and crack pavement. With more cracks, additional water can seep into the pavement, expanding the process that created the potholes and making existing potholes larger and wider.

When the ice crystals expand in the pavement on a road, small air pockets are formed. The empty spaces in the asphalt means that the road is not strong enough to support the weight of passing vehicles. To illustrate, imagine that the ice has created several tiny bubbles in the pavement. When a car drives over these, the bubbles burst and the road collapses. This action also contributes to the destruction of the asphalt.

Potholes develop most often in late winter and spring. Fluctuating temperatures increases the freezing and thawing action of the water, increasing the occurrences of potholes.

Repairing and preventing potholes is now as simple as it sounds. When road crews construct a road, they do so in layers gennemse. The top layer is made of a more water-resistant asphalt. This layer is also built up higher in the center so that the rain water can run off the roads. Both of these techniques are done to prevent potholes, though it is not foolproof, as is evident on springtime roads. When a pothole does form, road crews are tasked with making repairs. They must first remove the loose pavement crumbles from the pothole. Next, they use a water-resistant material that seals the area to keep rain water from oozing back in. Lastly, the area is patted down so the asphalt fills in every open air space. This last step is vital to preventing future potholes.

With the coming of spring, more and more potholes pop up on our roads and streets. While it is easy to joke about our tax dollars failing to prevent potholes, the formation of this irksome potholes really has more to do with the incredible force of crystalline bonds formed when water becomes ice.

Hodges, Kevin. “Summit County Engineer’s Office.” How Do Potholes Form? Why Do They Happen in the Spring?, Web. 2 Mar 2019. 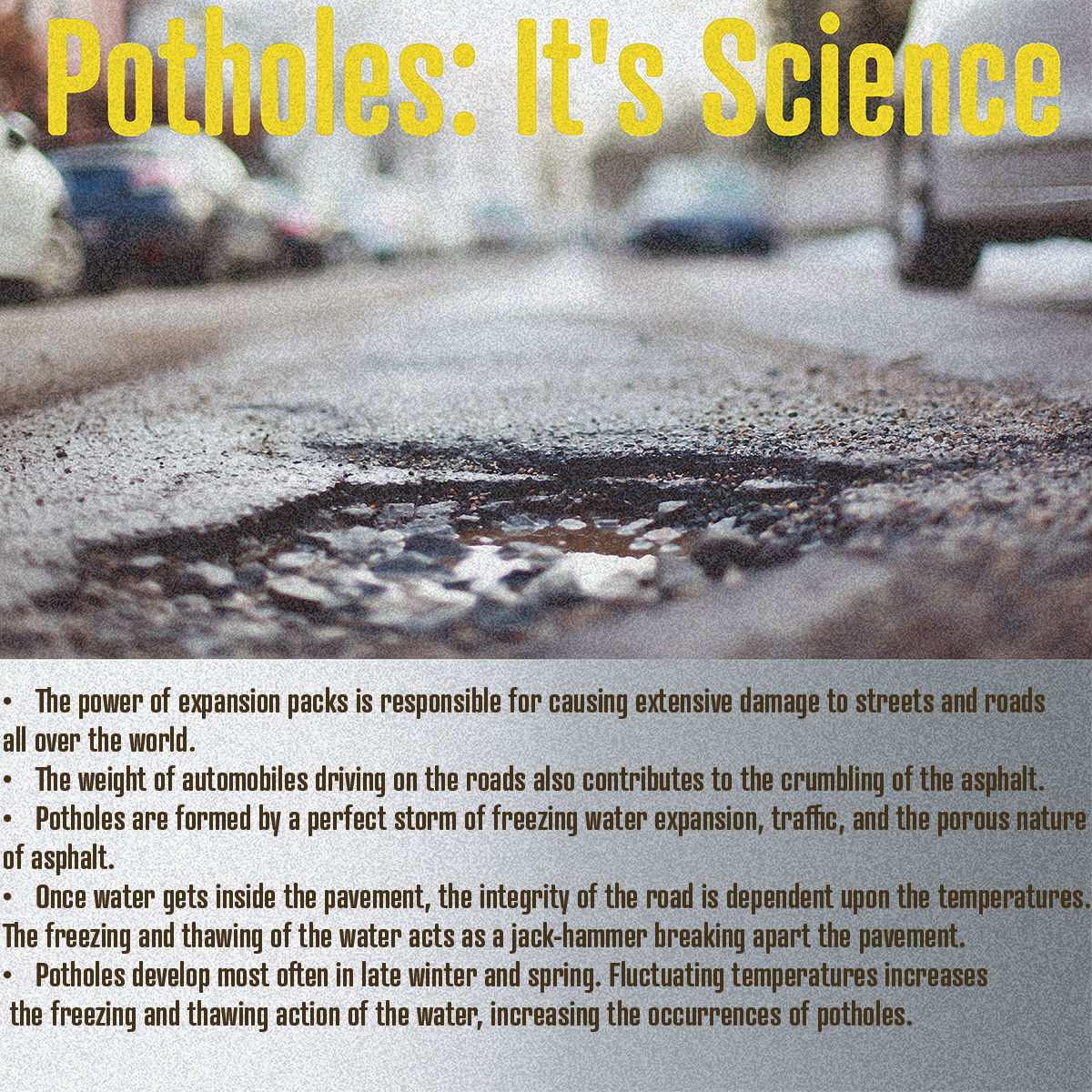 Frost Heave and the Surface Emergence of Rocks