Pilots need to maintain their well-being just as much as everyone else, but too often, their demanding schedules make it challenging. Whether it’s outside stressors or the pressure of the job, the world has seen some tragedies occur at the hand of people in dire need of help.

This is what inspired a group of researchers to take a closer look at how many pilots, in particular, could use more mental health care. Specifically, the Germanwings murder-suicide crash executed by a disturbed pilot in 2015 encouraged the team to look into depression among pilots. 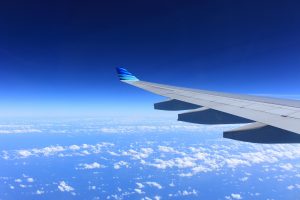 Now, they’ve published their findings, and the conclusion suggest that not enough is being done to help those who may be suffering from depression.

To conduct their research, the team created an anonymous web-based survey and administered to more than 3,000 pilots between April and December 2015. The participants were selected from unions, airline companies, and airports.

The researchers found that as many as 13 percent of commercial airline pilots may be suffering from depression. One in 25 participants said they had experienced suicidal thoughts within the last two weeks.

However, senior study author Joseph G. Allen said that flying is safe. Pilots are continuously monitored throughout their careers for these types of issues, according to Air Line Pilots Association International.

But how much weight do these words have?

“Among adults who receive depression care, it is important to align patients with appropriate treatments and health care professionals,” the study authors concluded.

But what if these individuals do not seek treatment because they are highly functional in their everyday jobs and personal lives? In combination with obstacles, such as the cost of treatment, many may conclude that conditions such as depression are better left alone.

However, the researchers behind this particular report still believe it’s possible to handle depression without facing setbacks.

“With dissemination of integrated care models, opportunities exist to promote depression care that is neither too intensive nor insufficient for each patient’s clinical needs,” they wrote in their study.