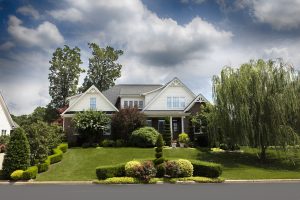 You might think that insects are only attracted to your neighbors – they can’t possibly be found in your own home. However, new research has revealed that bugs don’t discriminate, unless it comes to wealth.

Researcher Misha Leong from the California Academy of Sciences decided to look into data from a 2003 study conducted by North Carolina State University researchers. A group of scientists collected data on bugs from 50 homes in Raleigh, N.C. They found that every house had between 32 and 211 different species of insects, most of which were not “pests.”

“People have been living with these animals for centuries,” said study author Matthew Bertone, at the time of its publication. “This is just something that is.”

However, Leong wanted to take it one step further by examining the differences in these insects’ habitats. In short, one question remained: does neighborhood wealth play a role in where these bugs reside?

Leong wanted to know if the stereotype of poor households having more bugs held up according to science. After analyzing the data, she was able to determine that homes in the wealthiest neighborhoods had the widest range of arthropods. Some bugs that fall into this category include cockroaches, termites, fleas and earwigs.

“The luxury effect has not previously been documented in respect of indoor environments (or even arthropods in outdoor environments for that matter), but it seems to be a response that cascades from affluence: increased vegetation at the neighborhood scale leads to greater outdoor arthropod diversity, which translates to higher indoor arthropod diversity,” Leong and her fellow researchers wrote in their report.

Senior sustainability scientist Ann Kinzig also says that the continuity between yards might have an impact as well.

“Often in rich neighborhoods, we find one yard looking much like the next,” she told The Atlantic. “In some poorer neighborhoods, we can find absolutely glorious and diverse yards but with less emphasis on conformity. If you are an animal or organism that needs more than one yard’s worth of habitat, this may not be a good place for you.”

And on one final note, wealthier neighborhoods tend to have more species of lizards and bats. Just some food for thought before you stake your claim and put 10 percent down.