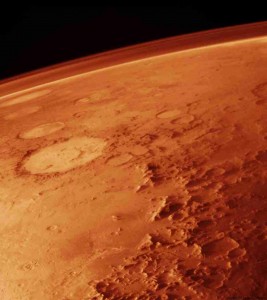 The Martian landscape is like nothing any human has ever experienced before, but will we ever experience it? In case we do, a group of NASA-funded researchers is preparing for it. A six-member crew is now residing on Hawaii’s Big Island on the Mauna Loa volcano for eight months. Their mission is to learn how to live on Mars.

There are other initiatives in the works around the world to learn how a Martian environment might treat humankind, but the Hawaii Project is rare in the sense that it is received federal funding for several years, and its landscape is superb – in terms of simulating Mars. Consistent weather, accessibility, and its geography has made it ideal for testing.

In the most recent excursion, the researchers living on “Mars” will be attempting to gauge the psychological difficulties that come with living in an isolated, confined condition. The University of Hawaii will be responsible for operating the Hawaii Space Exploration Analog and Simulation, or HI-SEAS.

“We’re hoping to figure out how best to select individual astronauts, how to compose a crew and how to support that crew on long-duration space missions,” principal investigator Kim Binstead, a University of Hawaii science professor, told the Associated Press.

In terms of isolation, there will be no physical human contact between the “Mars”-based researchers and the outside world. There will also be a 20-minute delay in the transfer of messages between “Mars” and the outside world, designed to simulate what a delay may be like in real life during a Mars mission. The team members are going to wear space suits whenever they need to leave the compound, and their mission will last eight months.

Each day, they will carry out tasks such as geological mapping, but some of their activities will be domestic as well. For example, the researchers will cook and clean. In addition, they will wear devices around their necks to monitor their moods and proximity to other housemates.

The habitat on “Mars” has 1,200 square feet of living space, as well as sleeping areas for each crew member. There is a kitchen, laboratory, and a bathroom. The team will receive resupply deliveries via a robot to ensure that they do not make contact with humans.

Binstead went on to say that NASA’s goal to land on Mars sometime in the 2030s is realistic. However, only time will tell if humans are suited for life on the Red Planet.

How is the Brain Impacted by Outer Space?

What Happens When Art Meets Space?