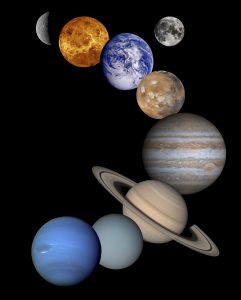 If you were looking for a new place to set up shop in the universe, you may be in luck. Seven new temperate terrestrial planets have been discovered by scientists, as published in a study in Nature (Gillon et al., 2017).

It is the first time that scientists have found so many terrestrial planets orbiting a single star – yes, the planets even have their own version of the sun. However, it is only a tenth the size of Earth’s sun, and about a quarter as warm. The planets circle tightly around it, and the closest planet takes just 1.5 days to orbit it.

The star has been named TRAPPIST-1, and is comparable in size to Jupiter, according to astronomers. If it were any warmer, it would burn the seven planets. However, its coolness makes it ideal for them to orbit and possibly sustain life, according to the researchers. All seven of the planets have just the right amount of warmth to hold liquid water, a key ingredient for life.

Three of the planets have the same amount of heat as Venus, Earth and Mars, which means they are within the “habitable zone,” but what does this mean?

What is “The Habitable Zone?”

The researchers behind the report said that the seven planets were “Earth-like” in nature, but there are more factors that go into making a planet suitable for life. For instance, the atmospheres of these planets must be suitable for methane, oxygen, and carbon dioxide, which are considered to be “biosignatures” of life.

Scientists will continue to further explore the planets in the future, but it may also be worth noting that they are located 39 light-years away from planets. Unfortunately, we may not see ourselves in the new solar system in our lifetime.