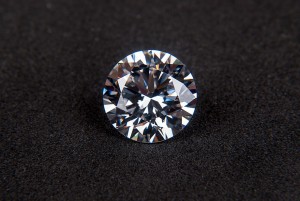 Back in 2014, Wall Street Daily reported that a diamond shortage may become a reality within the next five years. Aside from the celebs who are spending big bucks on diamonds, everyday consumers — primarily in China — have been buying diamond engagement rings as of late. In turn, diamond prices have been pushed up by between 5 and 10 percent.

Now, scientists say that our planet may actually have more diamonds than it’s showing.

A study published in Nature has shown that diamond formations may be occurring all of the time, right beneath our feet. In order to form, diamonds require complex chemical reactions, known as redox reactions, according to the Washington Post. However, scientists have shown that the can also form due to simple changes in acidity.

High temperatures, high pressures and water can cause diamonds to spawn under certain circumstances, according to the study. As a result, they may be popping up regularly about 100 miles below the planet’s surface. Of course, this would be virtually unobtainable — 100 miles is about 10 times deeper than any drilling exploration to date.

You might be ready to go digging for some cash, but it’s worth noting that the scientists had a different goal in mind when they made their discovery. Now, the researchers believe they will be able to study more interactions between deep fluids and rocks. In turn, this may give us a better understanding of how the Earth’s interior has evolved over time.

See? It isn’t all about glitz and glam.

For those of you who are concerned about the diamond shortage, let’s take a look at current conditions. As it stands, Russia has one-third of the world’s diamond reserves. However, sanctions are hampering Russia as it looks to produce these gems.

As for the rest of the world, Botswana and Canada — two of the world’s largest diamond producers — expect their diamond minds to deplete within the next 10 years. With demand rising approximately 5 percent each year, sparkling baubles may become harder to find at a reasonable price.

However, it isn’t all bad news. In fact, China may finally start making moves to cater to the growing demand for diamonds, according to The Telegraph.

“There are so few diamond mines worldwide that there are inherently high barriers to enter the market,” Cathy Malins, from Petra Diamonds, told the news source. “But there are signs that China is starting to look at ways to encourage its diamond industry and I think it’s likely they could look at diamond mining assets in the future, as they have no significant producing diamond mines in country.”