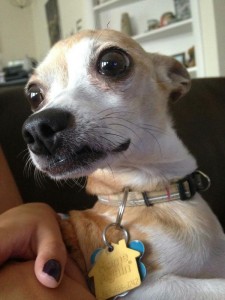 We aren’t the only ones who have evolved as a result of our changing environment. In fact, man’s best friend may have been directly impacted by climate change.

A new study that looked at North American dog fossils going back almost 40 million years has found that predators might have evolved according to climate change. The Business Standard reports that predators, such as dogs, may have been more sensitive to climate, compared to herbivores. Christine Janis, a professor of ecology and evolutionary biology at Brown University, said that this has always been fairly logical, but never demonstrated scientifically before.

The country’s heartland was warm and wooded around 40 million years ago. As a result, small animals looked more like mongooses than dogs of today. They had limbs that were not specialized for running, but were incredibly flexible. Furthermore, they were very well adapted to the warm climate.

As the environment cooled, forests made way for grasslands. Dogs eventually became more predator-like, similar toÂ modern foxes and coyotes, pouncing on their prey in the wild. Over time, their teeth became more durable and their limbs — especially their paws — transformed into better tools for wrestling prey.

When Did Dogs Become Our Friends?

A study published inÂ ScienceÂ indicates that dog domestication likely began between 18,800 and 32,100 years ago, and it probably started in Europe. Wolves came into contact with humans when they could sniff out their leftover meat scraps. The world’s first “dogs” were likely extremely aggressive, according to the Los Angeles Times.

âThe initial interactions were probably at armâs length, as these were large, aggressive carnivores,â said Robert Wayne, senior study author. âEventually though, wolves entered the human niche … Maybe they even assisted humans in locating prey, or deterred other carnivores from interfering with the hunting activities of humans.â

Although most scientists disagree as to the fine details about dogs and their origin, one thing is for certain — they’re here to stay. They may not be the beasts that once played a critical role in our hunter-gatherer societies, but they are still a significant part of our lives. Next time you look at your pooch, don’t forget about his or her long, controversial history.