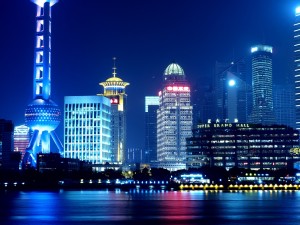 When you see pictures of devastating smog engulfing a large metropolis, you likely think of the impact that some countries — particularly, China — are having on the environment. However, China’s contribution to carbon emissions may not be as large as once thought.

A new study has found that between 2000 and 2013, China created 13 percent less carbon emissions in the energy and cement sectors than originally estimated. As it stands, the country made 2.9 gigatons, which is significantly less than previous numbers. However, China remains the world’s largest generator of carbon emissions, which is still a problem. Furthermore, the country continues to heavily use low quality coal, according to the American Association for the Advancement of Science magazine.

Last year, China pledged to begin reducing its emissions by 2030. However, it may be simply too late by then for their efforts to have a positive effect. For now, researchers are hoping that this data will help China’s government look at pollution in a new way.

“This research can help China’s government form policies that more accurately target emission reductions,”Wang Yi, director-general of the Institute of Policy and Management at the Chinese Academy of Sciences in Beijing, told the news source.

Taking a Closer Look at the Statistics
We may be quick to jump on China for its carbon emissions, but it’s not the only country contributing to global warming. The United States takes second place, followed by the European Union and India. Since 1854, approximately 12.5 percent of the world’s carbon pollution has come from just five companies — Chevron, ConocoPhillips, BP, ExxonMobile and Shell. See the trend?

Luckily, there are a few things we can all do each day to reduce our own carbon footprint. The first obvious stepÂ is to look for an alternative to driving. Instead of using your car each day, see if you can carpool or utilize public transportation. If you want some exercise, try cycling to your job.

While it may be difficult to say no to the convenience of your car, using it less can do an abundance of good for the environment. Think about the future of the planet when you need a bit of motivation!

Is Tourism Bad for the Planet? One Study Says Yes

Carbon Dating May Soon Become Obsolete, Thanks to Pollution