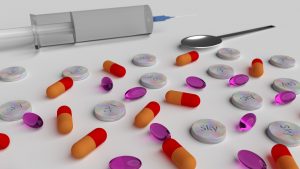 What happens when your brain is on a hallucinogenic drug like LSD? As it turns out, scientists say it can help you achieve a higher level of consciousness.

This comes from scientists at the University of Sussex, The University of Auckland, and Imperial College London. The researchers wanted to measure the consciousness levels of humans after they took three hallucinogenic substances – lysergic acid diethylamide (LSD), ketamine (KET) and psilocybin (PSIL). (Schartner, Carhart-Harris, Barrett, Seth, & Muthukumaraswamy, 2017)

“Understanding the brain basis of consciousness remains one of the outstanding challenges in modern science,” the scientists wrote in their study. “While rigorous definitions are still mainly lacking, consciousness can be defined rather broadly as that which ‘vanishes every night when we fall into dreamless sleep’ and returns the next morning when we wake up.”

To draw their conclusions, the researchers analyzed magnetoencephalographic (MEG) scans in participants who received the three hallucinogenic substances and compared them individuals who had placebos, or “healthy” participants. Each drug had been administered to participants intravenously. The pulse rates and blood oxygen levels of the individuals were monitored throughout the process.

“Across all drugs and all diversity measures, we found increased signal diversity in the psychedelic state as compared to the placebo condition, with most comparisons reaching statistical significance,” the researchers concluded.

“We have demonstrated, for the first time, that measures of neural signal diversity that are known to be sensitive to conscious level, are also sensitive to the changes in brain dynamics associated with the psychedelic state,” the researchers wrote. “We found that the psychedelic state induces increased brain-wide signal diversity as compared to placebo, across a range of measures and three different psychedelic compounds.” (“Science says hallucinogenic drugs do give you a higher level of consciousness,” 2017)

So does this mean we should turn to drugs to achieve a higher level of consciousness? Not exactly – they are still dangerous and addictive. In addition, there are safer ways to get your zen on today, such as meditation.

“Future studies should assess the extent to which entropy and complexity based measures of signal diversity capture and confer the fundamental property of ‘richness’ of conscious states, not only in the psychedelic condition but in conscious states more generally,” the researchers wrote at the end of their study.

Do We Know When We Die? These Scientists Say Yes

Could Marriage Help Ward Off Dementia? Some Scientists Think So