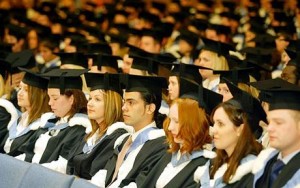 The first study to examineÂ the link between student loans and the mental health of young adults has been published, and the results are bleak.

Lead Author Katrina Walsemann from the University of South Carolina and her colleagues looked at survey responses from 4,643 Americans born between 1980 and 1984 to analyze their mental health. As they had hypothesized, there was a link between student loan debt and poor mental health.

The mental states of the subjects were analyzed according to the Mental Health Inventory, a questionnaire that looks at an individual’s psychological state over the course of one month. The researchers found that when student loans were higher, individuals had poorer mental health.

But it wasn’t all bad news once the final data was examined. Ironically, some peopleÂ were happier when they had more student loans — this trend was specifically seen in individuals who came from low-income families. The researchers believe that this is because a college education may move these people into a higher social standing.

âIf student loans provide a vehicle for people who are coming from disadvantaged families to get a college degree, these student loans would help them become upwardly mobile and that might be important for their mental health,â Walsemann told LiveScience.

This study particularly appealed to me because it hit home in a number of areas. Not only did I come from a low-income background prior to attending college, but I went to one of the most expensive private institutions in the country to earn my undergraduate degree. Although I received financial aid from the government, I did not have any scholarships to help me reduce the costs of attending school.

ThereÂ is research that still claims that college is a smart investment, and while I’m grateful for my degree, it’sÂ not always easy to put on a smiling face. I graduated during the most recent Great Recession, and I struggled to find work with myÂ Bachelor in Print Journalism — something no one told me would happen. I was forced to live at home for two years after school until I had saved up enough money (in between paying back my loans) to move out with my boyfriend (now husband).

Together, we are happily independent writers living in a big city, but we’ve been in the same apartment building since we initially left our families. It’s falling apart, and our dreams of one day owning a house and having children are withering away with it.

These things happen when you have to invest hundreds of dollars in student loan debt each month and saving is not an option.

Millennials are perceived as people who like to “take it slow,” focus on their careers, and “live a little” before having children and owning real estate.

I’m here to tell you that a lot of it is misperception.