The news is always buzzing with GMO issues. Farmers accuse evil corporations of poisoning our food, CEOs announce they’re trying to feed the hungry and scientists develop goats that produce spider webs (you read that correctly – but other than the webbing, Spider-Goat cannot do whatever a spider can). What is going on with genetics?

As usual, we need to define the scope of our inquiry. We’re talking about GMO here-genetically modified organisms. These are organisms resulting from modification of their genetic sequences; i.e. their DNA has been hacked and augmented with foreign material.

In the nineteenth century, the Austrian monk Gregor Mendel began cross-breeding pea plants to produce “new” plants with trait combinations that hadn’t existed before. He started with tall, smooth plants on one table and short, wrinkled plants on the other and ended up with tall and smooth, tall and wrinkled, short and wrinkled, and short and smooth plants scattered around his garden. Sounds simple and safe, yes? That’s because it is.

Mendel’s experiments aren’t really GMO; at least, not as we know GMO today. Although his work led to our understanding of dominant and recessive genes and laid the foundation for modern genetics, Mendel’s research was mainly concerned with isolating specific traits within a given species. That’s completely normal and happens every day, in every species. Conversely, GMO deals with breaking apart DNA and inserting genetic code of a different species.

To Weed or Not to Weed 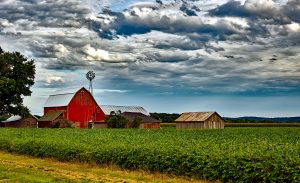 Anyone who’s heard more than two arguments about GMO probably knows about Monsanto, an American company with as many enemies as it has supporters. Let’s talk about the company objectively and understand why people get so emotional about it.

Monsanto is an agricultural company that got its start making the very effective herbicide Roundup. People don’t like weeds. They like things that kill weeds. Roundup was a success.

Farmers don’t like weeds either, but they can’t just jump around spraying herbicide everywhere because that would kill their crops. So, seeing a need of society, Monsanto developed GMO soybeans that were resilient to Roundup. This allowed farmers to jump around spraying herbicide everywhere without worrying about killing their crops. So why the bad publicity?

A: Folks were concerned that the plants would have negative health effects because of being crossed with who-knows-what. One of the major fears is that the plants are resilient to the herbicide (which is poison) because they contain some of the poison’s DNA. (They don’t, BTW; the immunity comes from DNA from a kind of soil bacterium).

Two: Monsanto patented their seeds. Under the law, that allows them to sue any farmers growing Monsanto-engineered seeds without a license. That would be very clean and understandable, except it also gives them the legal right to sue farmers who didn’t want GMO crops but whose fields were accidentally contaminated by wind and nature (Monsanto seeds are transported via highway, where they can escape, land on soil and start germinating with the next rain).

Since we’re all here for the science, let’s ignore the business side of things and take a peek at just what goes into hacking biology..

Remember, genetic modification involves breaking apart DNA and isolating specific SnPs (pronounced snips). But how do you do that? As our modern biohackers know, it’s actually pretty easy: Just take a DNA sample, amplify it (which replicates the cells so you have more of the DNA to work with), heat the sample, drop it into a spin cycle and voilá! Those twin helices spiral apart like quinoa (so to speak).

Once that’s done, the genes carrying the desired genetic trait are isolated and prepared for assimilation into the new host. That must be really complicated, involving lasers and guys with accents and a subterranean lab owned by the Umbrella Corporation, right? Nope; turns out it’s as simple as catching the sniffles.

One of the easiest ways to install foreign DNA is to use bacteria to infect a hos’s cells. Bacteria, as everyone should know, seeks to replicate and share all of its germy goodness with whatever organisms it comes in contact with. E Coli is especially good at this-and plentiful, to boot! (Note: Most E. Coli strains are harmless. In fact, some E. Coli strains act as probiotics and are beneficial to our bodies). So, we take our isolated gene, give to our friendly culture of bacteria sitting in Time-Out from the rest of the world and bring the resulting E. Coli 2.0 into contact with the cells we want to infect (oftentimes an embryo).

The actual steps are a little more in depth than this, but not by much; mainly we’re talking about careful measurements of certain chemicals and temperatures to help create an optimal gene-splicing-then-joining experience.

Even though it’s easy, this must all be really safe because the only people that could possibly be doing this are government-funded and peer-audited scientists interested in curing cancer, right?

Dawn of the Citizen Scientists

There are community biology labs (check out the link to watch a video covering the necessary equipment for biohacking) across the nation where people from every professional and cultural background go to experiment with genetic modification. From plants resilient to radiation (for cleaning up nuclear waste sites) to bacteria that produces milk proteins without animal cells (because vegan cheese isn’t as scrumptious as we’d like to think), people are modifying organisms all over the world.

But of course these experiments are still regulated by the government, right? I mean, you can’t just stick jelly fish DNA in a plant and then stick it in the biosphere to release seeds and spawn without the government insisting on endless research into the effects of such an organism on the ecosystem, can you?

You bet your third chromosome you can.

The truth is, we don’t know what effect GMO plants and animals will have on the environment over time. They’re still relatively new and we simply don’t have the research available to predict what will happen long-term.

Still, people have anticipated human-animal monsters since before the Island of Dr. Moreau was written in 1896 (anyone else read about minotaurs in grade school?). This concern often coalesces into legal bills like this one (broken link with URL: http://thomas.loc.gov/cgi-bin/query/z?c109:S.659:) from 2005, intending to make illegal the development of human chimeras. I say “intending” because the bill was never signed into US law. Oddly enough, the US does have a law against human cloning, which is odd because cloning involves less genetic tampering. Outside our species, scientists have successfully blended human DNA into a host of plants and animals; most notably corn (to make a better spermicide), sugar (to create an inexpensive cancer treatment drug), mice and pigs (intending to grow human organs for patients needing transplants). If you’re curious about which countries have biohacking laws in place, feel free to browse the Genetics & Public Policy legal search engine.

Scientists are indeed splicing human DNA; and not just with other species. Presently, there is a team working on a two-year project to produce a human embryo from genetic material provided by two women and one man. (This experiment is to allow women with mitochondrial disease, which causes birth defects, to borrow RNA from another woman to produce a healthy child without the mitochondrial mutation).

Despite the ease with which DNA can be hacked and tampered with, these are major changes that shouldn’t be undertaken lightly. The more we learn about genetics and the better we get at isolatingÂ specific traits, the more subtle and specific our modifications can become. But is there a point at which our scientific mastery will rob of us of our humanity or the natural elements of the world? Or are we about to enter the post-human era of our species where bodies are a fashion accessory that can be fine-tuned and adjusted at will?

Wherever biohackers take us, it’s important they remember they can’t restore modified genetics to a previously-known safe version with a simple tap of the scalpel. Gene splicing, like amputation, is permanent.

The GE Process. The Institute for Responsible Technology.

What Are Pesticides and Are They Really Harmful?

Railroads and Prairies: A Lesson in Irony