Cassini has been in the news as of late, and if you know anything about it, you’re likely aware of its ties to Saturn. As the NASA spacecraft ends its mission to the ringed planet, many people are torn over its eventual end – Cassini is expected to plunge itself into Saturn’s atmosphere, essentially self-destructing in the process. While some are excited for its big ending, others are prepared to mourn its “death.” Let’s take a look at Cassini in all its beauty as the little craft ends its voyage in outer space.

What is Cassini, Anyway?

Cassini is a spacecraft from NASA that has been away from Earth now for almost 20 years. It originally arrived at Saturn on July 1, 2004, and its primary mission lasted four years. The mission was eventually extended to continue through September 2017 for additional exploration. (“Cassini: Mission to Saturn: Quick Facts,” n.d.) More than 5,000 people have worked on the Cassini program, which has been dedicated to exploring Saturn like it has never been studied before. The spacecraft has several instruments to help with streaming data back to Earth, including imaging cameras, infrared mapping spectrometers, and magnetometers. 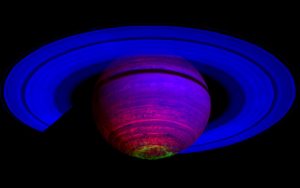 What Has Cassini Found?

Cassini has streamed a large amount of information back to scientists on Earth, and it has made many discoveries. For example, it detected a salty ocean spray in the Saturian system that originated from geysers on the moon Enceladus. It also uncovered ripples in the planet’s ring system. (“Cassini-Huygens overview,” n.d.)

NASA has compiled its own list of Cassini’s “top 10” discoveries. Some of them include the discovery that Saturn’s rings are “active and dynamic;” Titan has rain, rivers, and lakes, similar to Earth; and Saturn has hurricane-like storms at both of its poles. (“Cassini 10 Years at Saturn Top 10 Discoveries,” n.d.)

Mourning the Loss of Cassini

Cassini’s looming demise has been making many people sad. In addition, it seems to be amplified with every new, awe-inspiring image of Saturn it sends back to Earth. In a piece for The Atlantic, writer Marina Koren recently explored the idea of mourning robots that were never alive. She points out that previous research has already shown that people can feel empathy for robots. (Riek, n.d.)

“The spacecraft has no human or animal qualities, and it is not designed to give lifelike cues, like a tilt to signal curiosity or a shudder to suggest fear,” Koren writes. “But it can communicate in its own language, transmitting data back to Earth. It has ventured into dangerous territory, all alone, to seek answers about the unknown.” (Koren, 2017)

In some respects, Cassini has been more helpful than actual humans on Earth. Is it really that embarrassing to shed a tear?