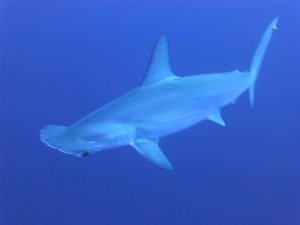 From elephants to star-nose moles to proboscis monkeys to hammerhead sharks, some animals have really odd noses. Let’s talk noses. For humans, noses enable us to smell and breath, as well as providing us a place to perch our sunglasses. Animals rely more on their noses, particularly their sense of smell. It enables them to find their food and alerts them to potential dangers. For some members of the animal kingdom, however, the nose does more than just sniff. With the sensory organ’s extra powers come unique shapes and sizes. Here are some of the crazier-looking noses of the animal world.

Of course, everyone is familiar with the overly-long nose of the elephant. The elephant’s trunk is its most-recognizable feature. This elongated nose is truly a wonder. The elephant uses its truck to breathe and to smell, but that is just the beginning. The long nose also works like an extra appendage that allows the elephant to grasp and pick up items. It is so long that the elephant can reach leaves at the tops of trees that would otherwise be out-of-reach. It can also be a straw through which the elephant draws up water when it drinks. The lengthened nose acts as a noise-maker for the elephant. By pushing air through the long trunk, the animal makes its distinctive trumpeting noise when he is startled, threatened, angry, or excited. The elephant’s nose may look silly, but it is a multi-functional tool that benefits the animal.

The Proboscis monkey of Borneo is one of the strangest-looking of all monkey species because of their long, bulbous noses. This over-sized, pendulous schnoz flops down over the money’s mouth…it has to move the nose aside to eat. In fact, the nose of the Proboscis monkey can grow to more than half a foot in length. Biologists believe that the size of the nose doesn’t mean the animal has super smelling ability. The external sensory organ, they think, is actually a means to attract members of the opposite sex. Sound is amplified through the large nose cavity so the monkey’s cry is louder and more pronounced…a sound that is appealing to potential mates and intimidating to rival males. Although the Proboscis monkey is considered an arboreal animal, it is also the best swimmer of the monkey family. There does not seem to be any correlation between the animal’s outstanding swimming ability and the size of its nose.

This little rodent, native to northeastern United States and southeastern Canada, has one of the weirdest-looking noses of the animal world. The hamster-looking creature has a nose that is comprised of twenty-two tiny pink tentacles, called Eimer’s organs, that form a star on the animal’s face. This unique nose isn’t just a fashion accessory. Each one of those tentacles it filled with thousands of super-sensitive receptors that are perfect for sniffing out worms, grubs, and insects. The tentacles sense both smell and vibrations. It is highly-effective—the star-nosed mole is among the quickest of all foraging animals.

The hammerhead shark is one of the most recognizable species of shark due to its oversized, squared-off, horizontal nose for which it is named. Scientists studying sharks believe that the hammerhead’s nose is an evolutionary adaptation that allows the shark to more effectively detect blood and other prey scents in the water. But the hammer-shaped nose has one more feature. Because the shark’s nostrils are spaced so far apart, the shark can detect which direction the scent is coming from so the hammerhead shark can strike its prey faster than competing sharks. Lastly, the jutting nose gives the hammerhead shark an unexpected tool to pin down their prey while tearing into it.

Along the rocky coral reefs of the Indian and Pacific Oceans lives the unicorn fish, a unique fish identified by the unicorn-like horn that juts out from the fish’s nose. The fish grows to roughly three feet in length and its horn can be about five inches long. So far, scientists are not in agreement as to the purpose of the unicorn fish’s lengthy nose. It doesn’t seem to use the unicorn horn for defense. Instead, it relies on the sharp spines on its tail to keep its enemies away. The appendage may help the unicorn fish as it nibbles the algae and tiny plants that grow on coral. In fact, the unicorn fish has the ability to pull off the algae while leaving the coral unharmed, which is beneficial to the coral.

An Indonesian tree frog, the Pinocchio frogs uses its spear-like nose for more than just sniffing the roses. The small amphibian makes its home in the trees and eats insects. The male members of the species have the unique ability to inflate his nose by puffing it out. He does this when he feels threatened and it allows him emits a loud nose. He can deflect his nose back to normal size when the threat has passed.

The sawfish, or carpenter shark, may look like Mother Nature’s way to add another tool, in addition to the hammerhead shark, to the tool box. But the long, protruding scent appendage of the sawfish is an important tool to the critically endangered animal’s survival. The saw, or sword, allows the sawfish to detect trace odors in the water, but it also lined with minute electro sensory organs that allow the animal to read the electric pulses given off by other animals. The appendage is also useful for poking through the sand on the ocean’s floor and attacking its prey.

The protruding nose on the sword-nosed bat, described as a nose leaf, may be an adaptation that enhances the bat’s echolocation ability. Native to the tropical forests of Central and South America, the bat uses its nose leaf to change the direction of the call it emits for echolocation to better identify its prey. There are several varieties of sword-nosed bats and they are each identified by the size and shape of the nose leaf. 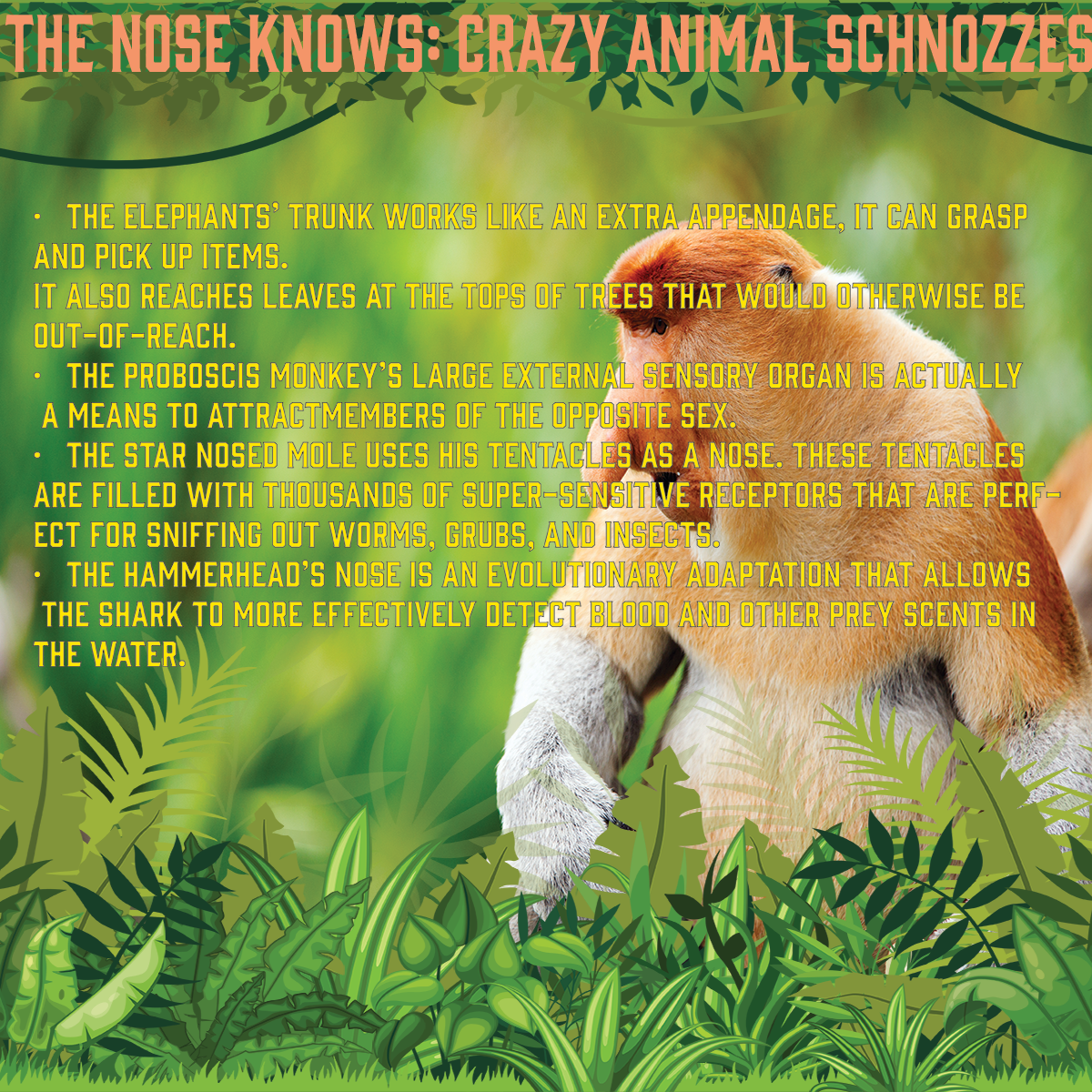