What if all of shady oak trees soon disappeared? New research hints that this is not out of the question – at least in California. 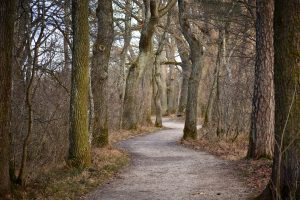 In a study published in the Proceedings of the National Academy of Sciences in the United States of America, researchers explain that a disease is causing sudden oak death in the state. The pathogen, Phytophthora ramorum, is responsible for the trees’ demise, and it was originally detected in 1995. Now, it’s wiping out large expanses of oak trees with no sign of stopping.

“Despite some localized small-scale management, there has been no large-scale attempt to slow the spread of the pathogen in California,” the authors wrote in their report. “We find that slowing the spread of P. ramorum is now not possible, and has been impossible for a number of years.”

Years is the key word. The researchers went on to state that it may have been possible to stop the pathogen from raging on if efforts began back in 2002 (a rough estimate).

“This is the approximate date by which sufficient knowledge of P. ramorum epidemiology had accumulated for large-scale management to be realistic,” the researchers stated. “The necessary expenditure would have been very large, but could have been greatly reduced by optimizing the radius within which infected sites are treated and careful selection of sites to treat.”

Instead, we are now seeing the oak trees die at a rapid rate, with little hope of stopping the pathogen. P. ramorum can kill an oak tree within five years. It works by targeting the layer of a tree between the wood and bark, destroying its vascular system. Although natural causes have been driving the spread of P. ramorum, the nursery industry has also been named a major player. Sick trees that are sold at nurseries may not show any signs of carrying the pathogen.

To put the devastation into perspective, the California Department of Forestry and Fire Protection could put its entire 2015-16 budget of $90 million to fight the disease, and 9,000 square miles of oak forest would still be lost. If the efforts had begun in 2002 with the same resources, just 5,000 square miles of oak forest would fall victim to the pathogen.

David Rizzo, one of the researchers of the study, told Discover Magazine that the state will now need to focus on controlling and containing the disease as it spreads.

Cunniffe, Nik. Cobb, Richard. Meentemeyer, Ross. Rizzo, David. Gilligan, Christopher. “Modeling when, where, and how to manage a forest epidemic, motivated by sudden oak death in California.” PNAS.org. Retrieved May 11, 2016.