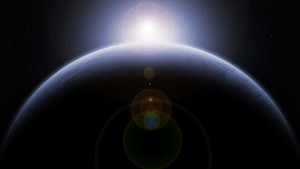 Is there such thing as overcrowding on a planet as big as Earth?

Of course there is, and now, scientists say we’re quickly approaching a population problem. Not only may you one day lack that “personal space” you love, but the resources you need for basic survival. Researchers now say that the world’s population could reach 9.7 billion by 2050 and 11.2 billion by 2100, according to the Christian Science Monitor. This may only seem like a slight increase from the 7.3 billion Â people currently on Earth, but we could be looking at a dire shortage of critical resources.

At the moment, our population demands the resources of 1.6 Earths. If we were to dramatically increase the amount of people on the planet, our need for everything from water to food would leap as well. Furthermore, our mere existence could create a buildup of carbon dioxide in the atmosphere.

So where is the big population boom happening?

Experts say that the main increase will come from Africa. At the moment, there are 1.2 billion people on the continent. However, this could jump to 5.6 billion by the time 2100 rolls around. Some areas of Africa are seeing extremely rapid population increases already.

âYet this is where some of the poorest countries on the planet are â where energy demand will grow with development and where the effects of climate change will tax economies lacking the resources to effectively adapt,â said Pete Spotts of the Christian Science Monitor.

Making an Effort to Conserve

When you hear a story like this, it’s hard to think that you could possibly make a difference. However, the fact of the matter is that there are steps you can take every day to ensure that you’re using our planet’s resources wisely. Here are some tacticsÂ you can try with little effort:

These small habitsÂ may not seem like much, but they add up over time — especially when each person decides to take on an environmentally friendly initiative of his or her own.

It Has Been Confirmed: The Universe is Coming to an End