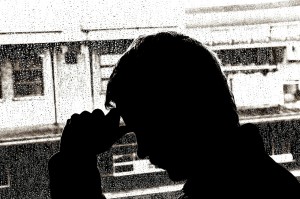 What if you were told that your acne could be causing your depression? This is what new research seems to suggest, and it could be one of the many keys behind the mental illness that is still poorly understood.

Researchers decided to look at how acne could potentially fall in line with depression among both men and women. They used a British database of 134.427 men and women with acne, and then looked at 1,731,608 people without it. Both groups of people were followed for a total of 15 years (“Acne Can Increase Risk for Depression,” 2018).

At the time of the study, most of the subjects were under 19 at the beginning. However, they ranged in age from 7 to 50. Over the course of the 15 years, the likelihood of developing major depression was 18.5 percent among patients who had acne; it was only 12 percent among those who did not have the skin condition. While it may only seem like a small percentage, it was still a noticeable difference to the researchers.

“It appears that acne is a lot more than just skin deep,” said Isabelle A. Vallerand, the lead author of the study. “It can have a substantial impact on overall mental health.”

The risk for depression appeared to be highest in the first year. There was a 63 percent increased risk of depression in a person with acne compared to their counterparts, but the reason for this remains unclear.

Language and the Odds of Depression

Language may be another indicator of depression, according to recent research. A new study, published in Clinical Psychological Science, took a look at how linguistics play a role in depression (“People with depression are more likely to say certain words,” 2018). Researchers found that people who used words conveying negative emotions, such as “lonely,” “sad” or “miserable” were more likely to exhibit symptoms of depression.

While this may seem obvious to some, it may also be worth noting that those with depressive symptoms also used more first person pronouns (e.g., “me, “myself”). Researchers hope that these findings may one day be able to help mental health professionals learn how to classify and diagnose conditions more effectively in the future.

Bakalar, Nicholas. “Acne can increase the risk for depression.” Retrieved February 12, 2018, from https://www.nytimes.com/2018/02/07/well/mind/acne-can-increase-the-risk-for-depression.html.

Lacking This Biomarker? It Could Be Responsible for Your Depression