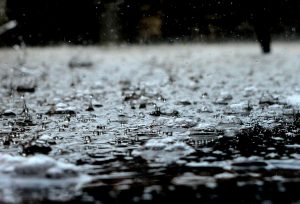 You might not only need an umbrella to shield yourself from the rain – viruses and bacteria may be pouring down on you on a regular basis as well. At least this is according to research from scientists in Canada, Spain and the U.S., who came together to find out exactly what is falling from the sky (“Viruses — lots of them — are falling from the sky,” 2018).

In a recent study (the first of its kind), the scientists set out to find out exactly how many viruses are swept up into the atmosphere and tossed around in our environment. University of British Columbia virologist Curtis Suttle and his team of researchers specifically wanted to know how many bacteria and viruses are carried above the atmospheric boundary layer above the 2,500-3,000 meter mark. It’s at this range that particles can be transported over a long distance.

To conduct their research, the scientists used platform sites high in Spain’s Sierra Nevada Mountains. In the end, they were able to conclude that tens of millions of bacteria and billions of viruses are being transported across several square meters per day.

“Bacteria and viruses are typically deposited back to Earth via rain events and Saharan dust intrusions. However, the rain was less efficient removing viruses from the atmosphere,” said author and microbial ecologist Isabel Reche from the University of Granada.

Suttle went on to say that every day, more than 800 million viruses are dropped above the planetary boundary layer, which is the equivalent of 25 viruses per person in Canada.

“Roughly 20 years ago we began finding genetically similar viruses occurring in very different environments around the globe,” Suttle stated. “This preponderance of long-residence viruses travelling the atmosphere likely explains why–it’s quite conceivable to have a virus swept up into the atmosphere on one continent and deposited on another.”

So what are we supposed to do about the viruses and bacteria (“Insane Numbers of Viruses Are Constantly Falling on Us From The Sky, Study Shows,” 2018)?

It’s worth noting that our bodies have millions of bacteria – many of which are helpful to our well-being. To say that we are at constant risk of becoming ill might be a long-shot, but during a flu epidemic, for instance, it may still be worth washing our hands and covering our mouths when we cough.

Starr, Michelle. “Insane Numbers of Viruses Are Constantly Falling on Us From The Sky, Study Shows.” Retrieved February 12, 2018, from https://www.sciencealert.com/hundreds-of-billions-of-viruses-falling-from-the-sky.