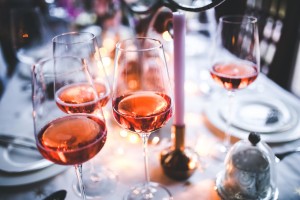 If you feel like you’ve been hearing more about the devastating effects of alcohol lately, you aren’t imagining it. All of the negative news may not be a coincidence when you consider new research that shows Americans are now consuming alcohol at an alarming rate.

The U.S. Centers for Disease Control and Prevention has released new data that indicates there was an average of 9.4 deaths per 100,000 people as a result of alcohol in 2014. This is a 37 percent increase from 2002.

“Since the prevalence of heavy drinking tends to follow closely with per capita consumption, it is likely that one explanation for the growth in alcohol-related deaths is that more people are drinking more,” Philip Cook, a professor from Duke University, told the Chicago Tribune.

This may be one explanation for the numbers, but it doesn’t take away from the fact that it’s pretty somber data. Research from the Substance Abuse and Mental Health Services Administration shows that the number of American adults who drink at least once per month rose between 2002 and 2014 from 54.9 percent to 56.9 percent, respectively.

Furthermore, the top 10 percent of American adults who drink the most have about 74 drinks per week.

But perhaps the country’s biggest problem with alcohol may be that many people are unsure of what constitutes as an actual drink. Is it a sip? How about one tall glass? Or maybe just a can?

In the U.S., the CDC defines one drink as any beverage that contains 0.6 ounces (1.2 tablespoons) of pure alcohol. This can be found in 12 ounces of beer (5 percent alcohol content), eight ounces of malt liquor, five ounces of wine and 1.5-ounces of 80-proof distilled spirits. Think of it this way — it doesn’t matter what you use to contain your beverage or the size of your glass.

So exactly how much alcohol is “safe,” according to the CDC?

“Moderate drinking” is defined as no more than one drink per day for females and no more than two drinks per day for males. Furthermore, the CDC notes that alcohol should generally be avoided by those taking certain medications, trying to get pregnant or operating machinery.

Of course, alcohol consumption is always the responsibility of the individual who is drinking. That being said, it may be worth considering these statistics before grabbing another cold one.

“Fact Sheets – Alcohol Use and Your Health.” Centers for Disease Control and Prevention. Retrieved December 28, 2015.

You Might Look Better to Your Date After 1 Drink, But Not After 2