There are drawbacks, of course, to doing environmental experiments in a laboratory setting. Small-scale experimentation may not yield the same results as a large-scale, real-world experiment. In a sterile lab, scientists may not be able to predict the impact of other environmental factors. A more accurate way of conducting research would be to experiments in the real world. Scientists can just start, for example, dumping chemicals into a lake in the name of scientific discovery. That’s irresponsible, and probably illegal. But wait. There is one place where such experimentation is allowed, and, in fact, encouraged. It is the Experimental Lake Area of Canada, a collection of 58 small lakes in a remote and sparsely populated region of northwest Ontario. Here, researchers are doing studies on issues such as the impacts of agricultural run-offs, climate change, and increases in chemical and organic pollutants. And there results are leading to legislative changes. 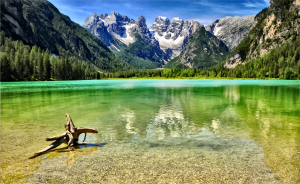 The Experimental Lake Area, or ELA, was founded in 1968 by the Canadian federal government and funded and administered by the Department of Fisheries and Oceans. This 46-mile region includes 58 small lakes on which to experiment. Typically, though, the scientists only run tests on three to five lakes per year – the remaining lakes are either recovering from previous experiments or serve as control lakes for experiments.

Research done at the ELA has had long-reaching impact. In the 1970s, scientists at ELA studied the relationship between phosphorus and the increase in algae blooms. They determined that the phosphorus, a key ingredient in laundry detergents, was the cause of nutrient changes in lakes worldwide, which led to blooms of algae that created dead-zones, spots of low oxygen within the body of water. This study led to a global ban on laundry detergents containing phosphorus. In the 1980s, ELA researchers challenged the U.S. energy industry’s claim by proving that acid rain had a negative impact on underwater food chains. This led to new emissions standards for airborne pollutants in the United States and Canada. In the 2000s, ELA research showed how methylated mercury could quickly deposit in freshwater lakes and infiltrate the fish population. Another study proved that birth control medication passes through sewage treatment, into the ground water, and eventually into lakes and rivers where it impedes reproduction in fish. This study resulted in new wastewater treatment regulations.

The important scientific research taking place at the ELA, however, was very nearly halted when, in 2012, the Canadian government announced it was shutting down the living laboratory. Scientists were both perplexed and outraged by this announcement. First, the ELA is the only place on the planet where researchers were allowed to experiment on a whole ecosystem, and one of only a few places where this research can take place on pristine, untouched lakes, far from outside interference. Second, while the closure of the ELA would save $2 million of the Fisheries and Oceans’ operating budget, it would force a $50 million clean-up effort. When the ELA was established, the Canadian federal government’s agreement with Ontario stated that all the lakes in the area would be restored to their natural state if the ELA ceased operations. The scientific community was concerned, as well, that all ongoing research at ELA would be lost. 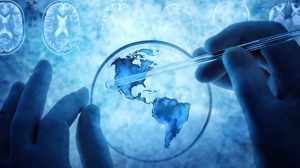 After much negotiation and debate, the Canadian government transferred the ELA to Ontario in 2014. At the same time, the ELA merged with the International institute for Sustainable Development, or IISD, a non-profit think tank based in Winnipeg. A benefits of this union is that is combines the scientific research and observations from the ELA with the policy-making and communication work of the IISD. Outreach and educational programs are also a side effect of this merger. As a result, the full-time staff at ELA has increased from nine to twelve. With the addition of visiting researchers and graduate students, the field stations at the ELA now host between 20 and 60 people each summer. Lastly, the scientists at the ELA now have more freedom in the types of studies they do. When the ELA was under the auspices of the Fisheries and Oceans department, the research focused primarily on factors that affect fish populations. Now that the ELA has joined the IISD, the scientists hope to play an even greater role in climate-change research and the impact of human activity on water quality.

Currently, there are several exciting research projects going on at the ELA. There is an ongoing study on the role of atmospheric mercury in which scientists are adding small amounts of mercury to a lake to replicate mercury pollution from coal power plants. Another study is trying to glimpse into the future. By reducing water flow to one lake, scientists are trying to mimic the drier conditions anticipated due to global climate changes to learn the impact on small, freshwater bodies of water. Yet another experiment involves reintroducing mysis, a predatory zooplankton, into a lake and observing changes to the ecosystem. Still another experiment, began in 2014, is attempting to learn the impact of nanosilver on the environment. Nanosilvers are tiny particles that have anti-microbial properties. They are found in an increasing array of consumer goods from underwear to bed sheets. And the ELA is continuing its research, began in 1968, into phosphorus and algae blooms, the longest running experiment at the facility.

The work being done at the ELA is unique. Nowhere else do scientists have at their disposal, a living laboratory of this scale, which means the results of the research conducted there more accurately demonstrates the complexity of pollutants, chemicals, and human activities on entire ecosystems. And now, the ELA has the opportunity to make use of the IISD’s voice to turn its research results into positive change.

The Grand Canyon and Its Wildlife are Being Impacted by Pollutants