How much caffeine is too much? Depending on how much (or how little) sleep you get every night, you might feel like you need an ample amount of caffeine to function. However, a new study suggests that you might want to steer clear of energy drinks to get your fix.

To determine exactly how energy drinks impact the body, researchers decided to look at its physical effects in a group of 18 healthy men and women (“Energy drinks offer something extra. That might not be a good thing.,” n.d.). For their study, the scientists asked the participants to drink a commercially sold energy drink. To compare, they also had them drink a different beverage on another occasion that contained the same amount of caffeine, but none of the energy drink’s other ingredients (Howard, CNN, 2017).

The energy drink that the participants had contained 320 milligrams of caffeine – the same amount of caffeine found in four cups of coffee. In addition, the beverage had four ounces of sugar, several B vitamins, and an “energy blend” of taurine and other ingredients. 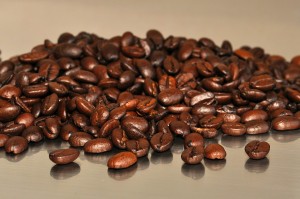 To gauge the medical states of the participants, the researchers measured their blood pressure, as well as their hearts’ electrical activity with an electrocardiogram for 24 hours after they had the beverages. After the individuals indulged in an energy drink, their blood pressure increased by almost five points. It only increased by approximately one point after the participants had a similar caffeinated beverage.

“The energy drink industry claims that their products are safe because they have no more caffeine than a premium coffee house coffee,” Dr. Jennifer L. Harris, who wasn’t involved in the study, told NBC News. “However, energy drinks also contain a proprietary ‘energy blend,’ which typically consists of stimulants and other additives. Some of these ingredients (including taurine and guarana) have not been FDA-approved as safe in the food supply, and few studies have tested the effects of caffeine consumption together with these ‘novelty’ ingredients.”

The “Safety” of Coffee

In the past, the U.S. Food and Drug Administration has stated that having 400 milligrams or less of caffeine per day is acceptable. However, a new report in Food and Chemical Toxicology states that you can hit the limit and be “just fine.” (Wikoff, 2017)

Researchers came to the conclusion after reviewing 700 studies conducted between 2001 and 2015 that looked at the adverse effects of caffeinated beverages. Of course, not everyone can tolerate this amount – individual health conditions, including pregnancy, should always be taken into account.

Don’t Feel Too Bad: Your Love of Coffee May Be Genetic