If you’re not one to remember directions, research from a new study shows that this may be a good time to speak to your doctor — it could be an early sign of Alzheimer’s disease.

Alzheimer’s disease is a neurological condition that remains to be poorly understood. Though some research points to an increased risk due to genes, scientists are still constantly examining potential causes, as well as signs of the disease. Early treatment can be essential to slowing the progression of the condition, which eventually leads to death. Individuals may initially experience memory loss, but this typically progresses into behavior dysfunction and the gradual loss of bodily functions. 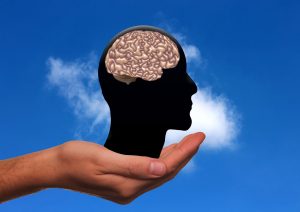 In the study, conducted by researchers from Washington University in St. Louis, the team looked at 16 patients who had early signs of Alzheimer’s disease, 13 people with signs of preclinical Alzheimer’s in fluid from around their brain and spinal cord, and 42 individuals with no fluid markers of the disease. The participants were asked to memorize how they could navigate a virtual maze with different interconnected hallways on a computer.

“People with cerebrospinal markers for preclinical Alzheimer’s disease demonstrated significant difficulties only when they had to form a cognitive map of the environment — an allocentric, place-learning navigation process associated with hippocampal function,” Denise Head, lead author of the report, told The Source. “This same preclinical Alzheimer’s disease group showed little or no impairment on route learning tasks — an egocentric navigation process more closely associated with caudate function.”

Early memory loss is not the only sign of Alzheimer’s disease. Challenges surrounding problem-solving, confusion, and difficulty completing familiar tasks at home or work can be symptoms as well. All of these signs should be discussed with a medical professional for more insight into whether the disease is actually present. Although there is no cure for Alzheimer’s disease at the moment, there are a number of treatment options for its symptoms, depending on the progression of the condition.

Everding, Gerry. “Problems finding your way around may be earliest sign of Alzheimer’s disease, study suggests.” The Source. Published April 19, 2016.