If you love coffee, you may live a longer life.

Contrary to what nay-sayers have said in the past, new research from a 10-year U.S. study found that coffee drinkers were less likely to die of several causes, including heart disease and diabetes. This is in contrast to people who don’t drink coffee at all, according to Reuters Health. 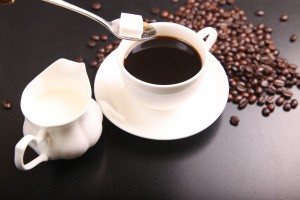 To conduct the study, researchers used data from a study that looked at 90,317 adults without cancer or a history of cardiovascular disease between 1998 and 2009. In addition to reporting their dietary health, they also gave researchers their coffee intake. Once the authors of the study looked at other outlying factors, including smoking, they found that coffee drinkers were less likely to die during the trial.

To be more specific, individuals who drank between four-to-five cups of coffee per day had the lowest risk of death. Furthermore, this applied to those who drank decaf. Some of the health benefits that stem from coffee drinking include a reduced risk of heart disease, diabetes, pneumonia, influenza and chronic respiratory disease. However, it does not reduce the chances of developing cancer.

Coffee, Consumption and Your Health
Now that this study has come out, many people may be asking one simple question — “What’s the real deal about coffee?”

Dr. Donald Hensrud answered this very question for the Mayo Clinic’s website, stating that some studies (aside from the previously mentioned) have shown benefits linked to coffee in the past. Improved cognitive function and a reduced risk of Parkinson’s disease are some of the many that have been cited. However, some research has shown a negative impact on overall health from coffee.

“High consumption of unfiltered coffee (boiled or espresso) has been associated with mild elevations in cholesterol levels,” Hensrud writes. “And some studies found that two or more cups of coffee a day can increase the risk of heart disease in people with a specific ─ and fairly common ─ genetic mutation that slows the breakdown of caffeine in the body. So, how quickly you metabolize coffee may affect your health risk.”

Unless you know exactly how your body metabolizes coffee and uses it to your advantage (or disadvantage), you may want to leave it out of the equation en route to better health. In short, there may be more effective, proven ways (exercise, anyone?) to maintain your well-being, aside from a good old cup of Joe.

Loftfield, Erikka. “Association of Coffee Consumption With Overall and Cause-Specific Mortality in a Large US Prospective Cohort Study.” American Journal of Epidemiology. November 27, 2015.