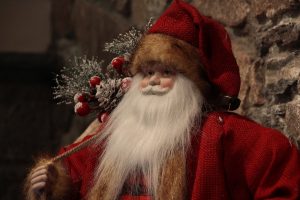 Could the remains of Santa Claus have been found by Oxford University researchers? New research now suggests that it’s a possibility.

First, it’s worth noting that Santa Claus – the big, jolly man in the red suit that marks the holiday season – is based on a real saint. St. Nicholas was a bishop who lived during the fourth century in what is now known as Turkey. He eventually became known as a saint for his acts of kindness (“The Man Behind the Story of Father Christmas/Santa Claus,” 2017).

Today, St. Nicholas is one of the most revered saints in Orthodox Christianity. His remains have been held in the Basilica di San Nicola since 1087, buried beneath a crypt. However, relic fragments have been acquired by several churches from around the world over the years. Now, researchers are questioning which fragments are actually from the saint (“Could ancient bones suggest Santa was real?,” 2017).

Professor Tom Higham and Dr. Georges Kazan, directors of the Oxford Relics Cluster at Keble College’s Advanced Studies Centre, recently tested bones that originated from the crypt. Their sample came from a fragment belonging to Father Dennis O’Neill of St. Martha of Bethany Church in Illinois. The goal was to determine if the fragments could be attributed to the saint.

Higham and Kazan took a micro-sample of the bone and applied radio carbon dating to it to determine its age. In the end, they were able to conclude that the bones went back to the fourth century AD; St. Nicholas supposedly died around 343 AD.

“Many relics that we study turn out to date to a period somewhat later than the historic attestation would suggest,” said Higham. “This bone fragment, in contrast, suggests that we could possibly be looking at remains from St. Nicholas himself.”

O’Neill’s fragment came from Lyon, France; most of the remains of St. Nicholas are thought to be housed in Bari, with some located in Venice.

“These results encourage us to now turn to the Bari and Venice relics to attempt to show that the bone remains are from the same individual,” said Kazan. “We can do this using ancient palaeogenomics, or DNA testing. It is exciting to think that these relics, which date from such an ancient time, could in fact be genuine.”