When you get out and exercise, how much are you benefiting from the physical activity if you’re in a smog-ridden area? As it turns out, not very much, according to the most recent research compiled by scientists from Duke University and Imperial College London (Sinharay et al., 2017).

To learn more about how exercise can benefit those with and without lung complications, the researchers recruited a group of 119 people for their study. These individuals were either completely healthy, had stable heart disease, or stable chronic obstructive pulmonary disease (COPD). The participants were asked to walk around either Hyde Park or Oxford Street in London. Then, they were asked to walk in the other location a few weeks later.

It’s worth noting that Oxford Street is one of the many streets in London known for surpassing the legal pollution limit just a few days into each year. 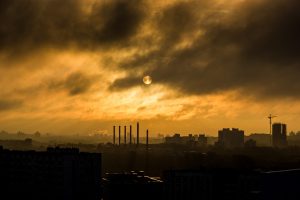 By the end of the study, it was clear that all of the individuals who took the walk around Hyde Park benefited from increased lung capacity after exercising in the area within the first hour. However, similar benefits were not seen in those who walked around Oxford Street.

Some of the people who walked around Hyde Park also had increased blood flow and their arteries became less stiff. Once again, this was not the case for those who exercised around Oxford Street.

“These findings are important as for many people, such as the elderly or those with chronic disease, very often the only exercise they can do is to walk,” senior author Fan Chung, Professor of Respiratory Medicine and Head of Experimental Studies Medicine at National Heart & Lung Institute at Imperial College London, told Business Insider (Dodgson, 2017). “Our research suggests that we might advise older adults to walk in green spaces, away from built-up areas and pollution from traffic.”

Experts recommend working out outdoors during the early morning or late evening hours, when air pollutant levels are low. You can also consider downloading a predictive outdoor pollution app to keep an eye on pollution levels before you head outdoors for a jog (O’Meara, 2015).

To significantly reduce your exposure to smog while working out, your best bet is to stay indoors. Think about buying an air purifier if you want to maintain low air pollution levels in your own home.