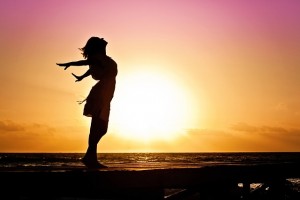 Happiness isn’t always easy to find, but it may be a bit easier if you know where to set up shop.

At the top of the list was North Port-Sarasota-Bradenton, Fla. Honolulu, Hi., took second place, while Raleigh, N.C., ranked third. The poll was conducted through telephone interviews between January and December 2014.

According to the researchers, the biggest difference between the happiest and saddest (if you want to call them that) communities was the amount of time they spent doing what they enjoy each day. Individuals in lower-ranking communities also felt less pride in their communities.

About 32 percent of them were less likely to have someone encouraging healthy choices in their lives, and 35 percent had food insecurity.

“Improving and sustaining high well-being is vital to any population’s overall health and economy,” said Janet Calhoun, senior vice president at Healthways. “State, local and business leaders should consider specific well-being interventions that make the healthy choice the easy choice for their population. A comprehensive long-term environmental strategy creates not only a healthier population, but also a more productive workforce and a more robust economy.”

In the 2007 book, “The How of Happiness,” Author and Psychology Researcher Sonja Lyubomirsky describes happiness as “the experience of joy, contentment or positive well-being.” She also notes that it is combined with “a sense that one’s life is good, meaningful, and worthwhile.”

There is an endless amount of science and research out there, designed to define happiness and how it impacts us as human beings. That being said, can you really designate a few words to the true feelings of joy?

How do you define what it feels like to see the face of your first newborn child? Or what it’s like to finally say “I do” to the one you love? What about the simple feelings of tasting a delicious scoop of ice cream?

The Gallup poll indicates that happiness may be tied to five key factors (which were defined by researchers), but moving to a “happy” community doesn’t guarantee satisfaction. Living in a tight-knit community in Florida or Hawaii does not mean you’ll be happy for the rest of your life (although the warm weather likely helps).

The moral of the story may be that happiness can be found anywhere, as long as you’re willing to seek out self-fulfillment. And let’s be honest — this is sometimes easier said than done.