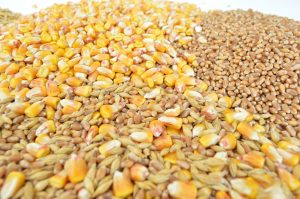 What happens if you attempt to create beer from a 5,000 year-old recipe? As a group of students from Stanford found out, you get a fairly unusual beverage.

A team of archaeologists led by Stanford professor Li Liu recently discovered the recipe dating back approximately 5,000 years (Wang et al., 2016). Traces of beer were found in pottery vessels at a Mijiaya site, revealing what the researchers believe is the first evidence of situ beer making in China. It seems that people had used broomcorn millet and barley back in the day to create the beverage. Furthermore, brewers used a wide variety of tools to craft and store the drink.

“Certain types of Yangshao vessels, including funnels and jiandiping (pointed-bottom vessel) amphorae, show stylistic similarities to the brewing equipment in the historical period and modern ethnographic records,” the authors wrote in their report.

Other ingredients that were seemingly used to create the beer include yam, lily root, and Job’s tears, a type of grass native to Southeast Asia. Although the Stanford students did not know what proportions to use while concocting the beverage, they gave it a whirl.

To begin, the students tried to recreate the recipe using wheat, millet, manoic (a vegetable root) and barley seeds.

“It was a strange process,” said Madeleine Ota, a student who knew nothing about beer making prior to taking Liu’s course (“Stanford students recreate 5,000-year-old Chinese beer recipe,” 2017). “People looked at me weird when they saw the ‘spit beer’ I was making for class. I remember thinking, ‘How could this possibly turn into something alcoholic?’ But it was really rewarding to see that both experiments actually yielded results.”

In the end, some of them were surprised by its “fruity smell and citrus taste.” However, some believed it was “sour” or “musty” (Thompson, 2017).

“Archaeology is not just about reading books and analyzing artifacts,” said Liu. “Trying to imitate ancient behavior and make things with the ancient method helps students really put themselves into the past and understand why people did what they did.”

And as for Ota, she “praised” Liu’s course for giving her a hands-on view of an ancient culture.

“Food plays such an important role in who we are and how we’ve developed as a species,” Ota continued. “We can use the information that we gain in these experiments to apply to the archaeological record from thousands of years ago and ask questions about what these processes reflect and what we can say about alcohol fermentation and production.”