Rats are a problem in many large cities in the U.S., but what if they were considered to be immensely disruptive to our country as a whole? This is what New Zealand is claiming in its decision to eradicate rats from all of its islands by 2050. Additionally, it wants to get rid of stoats and possums.

Prime Minister John Key wants the country to become “predator free.” He claims that the animals are infringing upon the natural ecosystem of New Zealand, and some of them are hunting down native species. 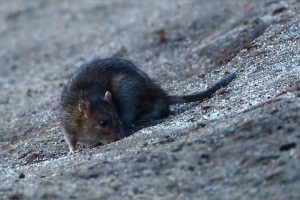 “Rats, possums and stoats kill 25 million of our native birds every year, and prey on other native species such as lizards and, along with the rest of our environment, we must do more to protect them,” he said in a statement.

The cost to eliminate the rats will be approximately $28M (or $20M, in U.S. dollars), and it will be on top of the tens of millions already spent on pest control every year. Bats, dolphins, seals and whales are some of the only native species left in New Zealand. Kiwi birds and land snails, which can also be found across the country, are not used to having mammalian predators (hence, the issue).

“We know the goal we have announced today is ambitious but we are ambitious for New Zealand,” said Key. “And we know we can do it because we have shown time and again what can be achieved when New Zealanders come together with the ambition, willpower and wherewithal to make things happen.”

A company called Predator Free New Zealand Limited will be helping the government reach its goal. The business will be responsible for implementing large predator control projects, as well as reeling in investors.

Local councils and private companies are also being incentivized. For every $2 that they put in, the government will contribute another $1 to the effort.

And while the entire movement may seem a bit cruel to animal lovers, it’s worth noting that invasive species cost New Zealand $3.3 billion dollars ($2.3 billion U.S. dollars) every year. Not to mention, they may carry disease.

Rats have been around New Zealand for hundreds of years. The first variety, known as kiore, were introduced as a food source by settlers. However, they have since been wiped out by local species. Europeans also brought over other rats via ship.