How often do you spend time at local parks? If you can’t remember when you last visited one, you’re not alone.

A new study published in the American Journal of Preventative Medicine took a look at who is using the public parks across the U.S., as well as how frequently they’re visiting them. Nationwide, the researchers discovered that the average neighborhood park of 8.8 acres had a median use of 20 people per hour. This is the equivalent of 1,533 person hours of weekly use. 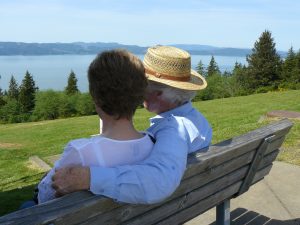 It’s also worth noting that seniors represented just 4 percent of park users. However, they made up 20 percent of the general population. Additional facilities and walking trails could potentially encourage individuals to visit public parks more frequently, according to Andrew Mowen, a professor of recreation, park and tourism management at Penn State University.

Despite the lack in public park visits, older Americans may not necessarily be less physically active. Take the mall walking program, for example, which has been promoted by the Centers for Disease Control and Prevention.

“Malls are attractive places for walking because they provide a sheltered indoor environment free from the dangers of traffic congestion, and can be used most days of the year regardless of weather or seasonal differences,” states the “Mall Walking” resource guide, published by the CDC. “Security staff are usually present so people feel less fearful and vulnerable when walking in malls than in more unpredictable environments.”

Whether it’s public parks or malls, isn’t it just good to hear that people are exercising?

Hobson, Katherine. “Girls and Older Adults are Missing Out on Parks for Recreation.” NPR. Published May 18, 2016.

Researchers: Rich Neighborhoods Have a Wider Range of Bugs