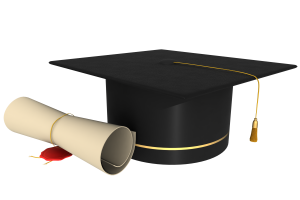 I often hear the complaint, “Their heart just isn’t in it” or “I’m not entirely sure the new guy understands what’s going on. I don’t get it, his degree suggested he did.” The problem isn’t the business. The problem starts much earlier on in the educational institution. In 2013 came the startling announcement (Paton, 2013) that universities in Europe were lowering their standards to reach quotas. America followed in 2014 (Reynolds, 2014). The World University Rankings reflected (Havergal, 2015) a mere year later that top grades had fallen dramatically.

I wish I could say that the problem was financially based. In Europe, though, CEPR’s policy portal (Bagues, Zinovyeva, & Labini, 2008) announced before this tragic lowering of standards that universities would be paid to lower their standards. Clearly, it wasn’t “free-market” that required that they lower standards to get in so they could scrape by.

The degradation doesn’t end with entry standards. Geoffrey Alderman wrote  (Alderman, 2010)  that he believes the cause of the university industrial system’s downfall is not financial, but rather weakness and pity. The March of Delicate Snowflake culture was already beginning with unearned grades and degrees — probably given to those that couldn’t build up to in-class standards that didn’t lower along with the admittance.

All this is water under the bridge. We all want the best in life — the best education, the best colleagues, the best environment. And, it’s quite human to want the best for others as well. Sadly, it would appear as if lowering standards to include more people didn’t work out quite as we needed.

We need to work with what we have and start raising our standards again to reach what we strive for. That isn’t going to happen within the established system. It’s going to happen in the system we make in our culture.

Here are the key points to find good people who will take you, your organisation, and science itself, higher.

These 5 things are key to finding great scientists — no matter what the level.

High schoolers will have less in their portfolio than those that have gone to uni, but the rest applies to character, stamina for the work, and ability to work as a team. These are the things that you’ll find make a great team that will grow as the collective knowledge grows.

After all, it’s not like passionate scientists with critical thinking skills won’t share all the wonderful knowledge and crazy ideas.

All this boils down to if you can find someone who is passionate, can think critically, and has a lack of ego that will get in the way (but a touch of confidence), hang on to them. Teach them the skills you need them to know and give them access to ways they can grow. You really won’t regret it.

Can Electricity and Carbon Dioxide Combine to Create a Food Source?