Dogs are man’s (and woman’s) best friend, and they know about us than we may think. This is what researchers have concluded in a report published in Current Biology. As it turns out, dogs might remember and relive experiences just as their [human] owners do.

The researchers looked at a group of 17 dogs to draw their conclusions. First, they trained the animals to imitate human actions on command. Then, they were trained to perform a simple task, such as lying down. 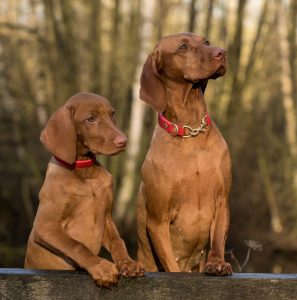 Afterward, they tested the dogs to see if they could recall the demonstrated actions. The researchers randomly gave them the command to imitate, rather than saying “Lie down,” for example. This test was repeated in short (1 minute) and long (1 hour) intervals. In the end, the dogs were able to carry out actions during both intervals. However, their performance dropped with an increase in time. To researchers, this suggested that they had better short-term memories – but memories, nonetheless.

“These findings show that dogs recall past events as complex as human actions even if they do not expect the memory test, providing evidence for episodic-like memory,” the authors concluded in their report. “Dogs offer an ideal model to study episodic memory in non-human species, and this methodological approach allows investigating memory of complex, context-rich events.”

If you don’t think your dog knows what you’re saying to him or her, think again. A study published in Science in August 2016 showed that dogs know more about what we’re saying than we previously thought.

Researchers looked at 13 family dogs and their human owners. They measured the dogs’ brain activity in an fMRI scanner as they played recordings of their owners. In some recordings, the owners praised their pets, while they were neutral in others. When they looked at the dogs’ brainwaves, the left hemisphere of their brains appeared to light up when they heard familiar phrases of praise.

“Dogs not only tell apart what we say and how we say it, but they can also combine the two, for a correct interpretation of what those words really meant,” said lead researcher Attila Andics. “This is very similar to what human brains do.”

Andics, Attila. “Dog brains process both what we say and how we say it.” EurekAlert. Published August 30, 2016.