If you smell something good cooking in the kitchen, you head over to check it out, right? This is exactly what sea birds think when they’re hovering over the ocean. A new study found that this may be why they ingest plastic as a part of their regular diet. 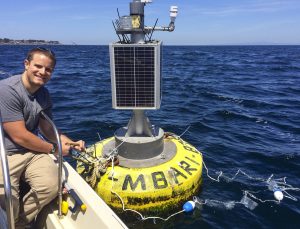 Unfortunately, the plastic that finds its way into the ocean causes more problems than we may already know. In addition to resulting in the demise of animals that become entangled in it, plastic is eaten by sea creatures as well, including birds. A study published in Science Advances found that tube-nosed seabirds, in particular, are being severely impacted by plastic consumption. They have a strong sense of smell, which is leading them to the material.

“It’s important to consider the organism’s point of view in questions like this,” said lead author Matthew Savoca. “Animals usually have a reason for the decisions they make. If we want to truly understand why animals are eating plastic in the ocean, we have to think about how animals find food.”

It Begins with DMS

Plastic that has dimethyl sulfide, or DMS, is extremely attracted to seabirds with a keen sense of smell. DMS is a sulfur compound that is released by algae. It eventually coats plastic, tricking the birds into thinking that the pollutants are actually delicious meals.

To test their theory, scientists placed beads made of the three most common types of plastic — high-density polyethylene, low-density polyethylene, and poly-propylene – into Monterey Bay and Bodega Bay. They were contained in mesh bags and tied to a buoy. After three weeks, the researchers found that they were coated in DMS. Their study noted that seabirds that track the scent of DMS, in particular, are six times more likely to eat plastic than their counterparts.

“This study shows that species that don’t receive lot of attention, like petrels and some species of shearwaters, are likely to be impacted by plastic ingestion,” said co-author Gabrielle Nevitt. “These species nest in underground burrows, which are hard to study, so they are often overlooked. Yet, based on their foraging strategy, this study shows they’re actually consuming a lot of plastic and are particularly vulnerable to marine debris.”

Unless there happens to be a drop in the amount of pollution humans discard into the ocean, the birds will likely continue eating the hazardous materials for years to come.