I see claims touting new miracle products every day. You know the ones I’m talking about: The products with near-mythical ingredients discovered deep in the recesses of South American rain forests; the berry purported to cure blindness and ugliness; the pill to restore the vigor of youth; the elixir to instill the demeanor of Buddha in the most troubled denizen of the first world… you know the drill.

I recently became aware of a cosmetic company called Yves Rocher, which has a line of products touting an age-defying compound called “Botanical sophorin,” which is extracted from the bean of an exotic shrub from Brazil and is supposed to rejuvenate the skin and reduce the appearance of wrinkles. This claim is so close to the exaggerated blurb I opened with, right down to curing ugliness and coming from South American rain forests that I had to investigate.

First and foremost, “botanical sophorin” does not appear on the list of ingredients of any Yves Rocher product. This isn’t particularly surprising, as it is A. undoubtedly a marketing term and 2. not the kind of distilled terminology employed by chemists listing the ingredients of their latest product. After researching the “Anta bean shrub,” I found the plant in question is known as the Fava D’Anta tree. (Technically it is Dimorphandra mollis, or D. mollis for short).

D. mollis is a plant that contains “sophorin” (the miracle ingredient), which is an uncommon name for rutin, which is very well known in the medical and cosmological world and features as one of Yves Rocher’s ingredients. Let’s take a look at its properties.

Rutin is a glycoside of quercetin and rutinose. In other words, it’s this really cool compound we’re about to learn about that’s been made inactive by its base components being bonded with sugar. Once the sugar is separated by water in a natural process called hydrolyses, the rutin is activated and begins working. 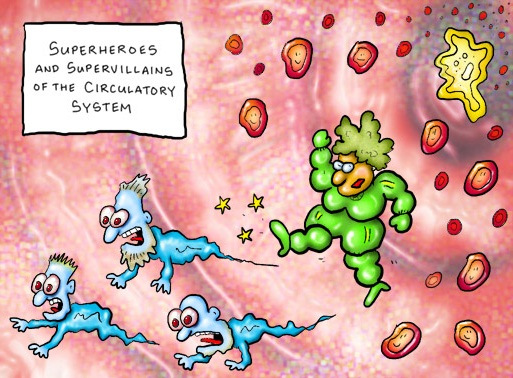 Rutin is an antioxidant, which means it keeps free radicals from damaging the body’s tissue. (This process of tissue damage is called “oxidation” and is, I assure you, quite natural and not as scary as it sounds).

Rutin is also a bioflavanoid. Compounds are often labeled as multiple things according to what they do. A bioflavanoid operates similarly to antioxidants but also helps support vitamin function. Rutin helps the body absorb vitamins and minerals – most notably Vitamins C and E, which help support a healthy immune system. It strengthens the capillary veins and there is notable research suggesting it’s useful in countering the effects of cataracts.

Turning to the cosmetic side, we learn that rutin is a common additive for its antioxidant effects (your skin is in contact with oxygen pretty much 24/7, so this is extra important) and as an emollient to smooth the skin. These uses are backed up by a 2010 study of the topical effects of quercetin (remember, this is what’s bonded with rutinose to form rutin) wherein it was found to rejuvenate dying skin cells, causing them to resume replicating and increase elasticity (i.e. it reduced wrinkles).

The only part of this product line I couldn’t find credible research on was D mollis’ rutin concentration. I was able to identify other plants that contain rutin, such as buckwheat, apples, green tea and peaches. Given the ready availability of these other plants, I can only assume that one or more of three scenarios are at play: First, that D. mollis has a very high concentration of rutin; second, the plant is cheap to harvest and the rutin is easily assimilated from it; or third, Yves Rocher has a lot of faith in its ad campaign for the miracle ingredient from South America.

Whatever the case, these products are marketed as age-defying moisturizers that promote healthy skin. While I can’t say it will magically make your skin appear ten years younger, I can say it will scientifically improve the overall health of your skin.

Hopefully you appreciate this information more than my wife, who has asked me to stop explaining science and bean trees while she’s trying to pick out eye liner.

Report: Your Dietary Supplements May Do More Harm Than Good

The Science of Sun Safety

Study: Tattoo Ink May End Up in Your Lymph Nodes