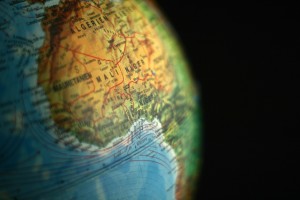 When Ebola took West Africa by storm, the world panicked as it watched thousands of people suffer from the disease. After two years of seemingly endless death, West Africa was declared free of Ebola on Jan. 14.

The announcement initially came from the World Health Organization after Jan. 14 marked 42 days since the last known Ebola patients were discharged from a local hospital, according to the Los Angeles Times. As the world looks to collectively move on from the epidemic, there are still questions left to be answered.

What does it mean to be “Ebola-free?” Can individuals still contract the disease? Is it limited to West Africa?

For survivors, some of these questions have already been answered. Take the post-symptoms of the disease, for example. Those who have been treated for Ebola are now living without the condition, but they still experience headachesÂ monthsÂ after being cured. Additionally, the virus can stay in the bodies of survivors long after they combat the initial stages of the disease.

Then there is the economic aspect of the epidemic. West African countries have lost approximately $2.2 billion in economic growth due to the disease, according to the World Bank. Rebuilding is expected to take years.

Although 10,000 people survived the Ebola crisis, there is still pain and weakness ahead for them on the road to recovery.

Researchers are continuing to look into whether survivors can potentially transmit the disease to others through bodily fluids. There is no telling if this could begin another outbreak, despite the work that has been done to contain Ebola.

However, there is reason to be hopeful, according to NPR. Companies like Gilead Sciences and BioCryst are still working on compounds to address Ebola, should it become dominant again in the future. Additionally, a vaccine for the disease has been performing well in tests up to this point.

Of course, this doesn’t provide an answer for the thousands of children who have been left orphaned due to the disease, or the survivors still enduring its lasting effects. We’ll just have to wait and see how West Africa rises above theÂ health epidemic before taking a look at the positives.