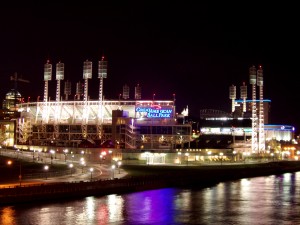 Over the years, I’ve gone from being a diehard baseball fan to a casual one. It’s not something I’m proud of, but I still make it a point to watch the All Star Break and all that it entails. That being said, you can bet I was glued to my television on July 13 for the Home Run Derby.

For those of you who are unfamiliarÂ with the derby, it involves some of the best sluggers of Major League Baseball. Essentially, they all come together to see who can hit more balls out of the park within a specific time frame (this year, each batterÂ received five minutes). Todd Frazier of the Cincinnati Reds won the derby after hitting 15 home runs in the final round, but it wasn’t just fun to watch him win it all — it was exciting to seeÂ everyoneÂ vie for the prize.

Picture it. The game’s most efficient home run hitters, getting a chance to hit every ball out of the park. Notables including Albert Pujols, Joc Pederson and Prince Fielder all participated in this year’s Home Run Derby. Some of their hits went more than 430 feet, well into the stands. So how do they really do it?

The Science Behind the Derby
Insert the magic of science!Â John Brenkus of ESPN’s Sport Science took some time to discussÂ the physics behind the hits for MLB.com.

And, as it turns out, the clockÂ doesÂ have an impact on the players as it winds down. Brenkus says it’s due to a psychological phenomenon called loss aversion.

“In golf, PGA players make a higher percentage of par putts than birdie putts from the same distance,” he continued. “That’s because athletes hate losing more than they like winning.”

In turn, the pressure bearing down on players can effectively decrease theirÂ performance. For those who watched this year’s Home Run Derby, it couldn’t have been more obvious in players like Fielder and Pujols, who slowed down after hitting consecutive balls out of the park.

Does this mean that Frazier handled the pressure better than others? Well, it could’ve just been his night to shine. After all, the event was hosted in Cincinnati in front of his hometown fans.

The Non-Glamorous History of Play-doh